By DiMarkco Chandler on December 1, 20129 Comments

The Guardian Express has updated this story and has provided an eye witnesses report at the following URL on our website. You can of course, by choice, continue on reading this version, which covers last week’s quake, or you can read about Monday’s 5.8 event at: https://guardianlv.com/2012/12/anchorage-alaska-quakes

You can also click the image on this page to access our most updated version of Monday evening’s Anchorage, Alaska’s quake: 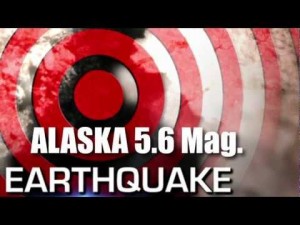 Moments ago, Anchorage, Alaska was struck with a 5.8 magnitude earthquake according to the U.S. Geological Survey. Now that’s a strong quake and it was pretty much felt throughout the city and its outer limits. It was the second strongest quake of the day and it was Alaska’s fifth quake in the last 24 hours and their nine quake in two days. It actually would have been the forth today but will this article was being written, Alaska was hit with another earthquake.

The Guardian Express reported yesterday about a series of quakes hitting the state of Alaska. The quakes seemed to follow one another and so it appears we’re on the same course as we were on Thursday night into Friday.

The 5.8 quake was quite strong and it was followed by a 3.0 on the Alaskan Peninsula. Just in case you’re interested another 3.0 quake has been detected. It struck north, north-east of Culebra, Puerto Rico. So two edition quakes have smacked to earth while this report was being written.

Jeff Antill wrote to us saying, “I felt and heard the 5.8 quake here in anchorage. Our roof is heavy timbers and it makes alot of noise in even the smallest quakes. This one shook everything quite well.”

Now their were three quakes in Alaska before it was it with one of the largest quakes of the day. Last night a mild 2.7 magnitude quake hit south, south-east of King Salmon, Alaska. It was followed by another mild 2.8 shortly after, 79km South of Tanaga Volcano, Alaska.

Then 37km north-west of Valdez, Alaska was hit with a mild 2.8 magnitude quake. Then three and-a-half- hours later Anchorage put a scar in its residents with a fairly strong tumbler.

Again, the report is barely finished when the U.S. Geological Survey has detected another quake, though mild, hitting Hilo, Hawaii.

No news of damage or life lost has yet been reported for any of these earthquakes.

With respect to Alaska’s official seismic website, scientists have recognized that the state of Alaska has more earthquakes than any other region of the United States and is, in fact, one of the most seismically active areas on the planet. In fact, the second largest earthquake ever recorded shook the heart of southern Alaska on March 27th, 1964, with a 9.2 magnitude quake. This earthquake was slightly larger than the magnitude 9.0 Sumatra-Andaman Islands earthquake that devastated northern Sumatra in December 2004 and generated a tsunami that killed more than 280,000 people. The largest on-land earthquake in North America in almost 150 years occurred on the Denali fault in central Alaska on November 3rd, 2002, with a magnitude of 7.9. So perhaps it’s not so unusual for earthquakes to occur in clusters in Alaska, however, it has been noted that they have become incredibly more frequent on the region.

On a different note, Romania’s top seismologist Gheorghe Marmureanu, has recently remarked that when 39 or more quakes hit the globe within a two day period something is seriously wrong. Well, so far their have been 34 today and it’s quite early morning.

Marureanu’s remarks came after a series of quakes that started with two massive jolts in Indonesia measuring 8.6 and 8.2 on the Richter scale rapidly followed by three more only slightly smaller in Mexico within hours.

“There is no doubt that something is seriously wrong. There have been too many strong earthquakes,” said Marmureanu.

One final remark has to be said and it’s a point the seismologist was emphatic about. Marmureanu has pointed out that If you keep seismically shaking the Earth, like a bottle of soda, its structural integrity eventually will become compromised and it will start to fracture like an egg. It’s a remark that scientist should take seriously.

The Guardian Express is currently monitoring news from the Alaskan region and will bring you the most update information once it’s available.

D. Chandler contributed to this report.