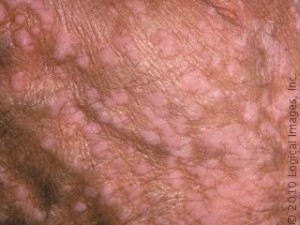 A study, published in the Journal of the American College of Cardiology, indicates the likelihood that women infected with Human Papillomavirus (HPV) have a higher incidence of cardiovascular disease than women not infected by HPV.

Of the 2450 study participants, 1141 women were positive for HPV. 573 women had cancer associated HPV types. Of those 573 women, a total of 60 women had reported having myocardial infarction or stroke, both of which are considered cardiovascular disease.

5 to 10% of women infected with HPV, have a higher risk of developing precancerous lesions of the cervix, which will progress to invasive cervical cancer given time.

It is these women who have increased risk factors for cardiovascular disease as a result of the HPV infection.

There are more than 30 to 40 types of the human papilloma virus that can be transmitted through sexual contact with the human genital region. The majority of cases of HPV cause no symptoms in most people, but some cases can cause genital warts, and in a minority of infections, can lead to cancer of the cervix, vulva, vagina, penis, throat and rectal. HPV type 16 and type 18 infections are strongly identified with higher risk factors for developing throat cancer.

The most common infection result attributed to HPV are warts. Most times they cause “cutaneous,” or common warts, as well as plantar warts, which are found on the soles of the feet and grow inwards causing great pain when walking, periungual warts, which form under the fingernail, around the fingernail or on the surface of the cuticle, in addition to flat warts, which are commonly found on the arms, face or for had, and just like common warts, occur more frequently in children and teens.

A rare condition, called respiratory papillomatosis, is caused by HPV types 6 and 11. This condition is described as reoccurring warts that form in the larynx or in other areas of the respiratory tract, which may interfere with breathing and in rare cases, progress to cancer.

HPV infections are relatively easy to prevent, as vaccinations for the prevention of the disease are available through your family doctor or your local health department.

An examination of what vaccinations are available through your local health department, and which ones you should take advantage of would be an optimum strategy for decreasing your risk of acquiring an infectious disease, virus or viral disease.