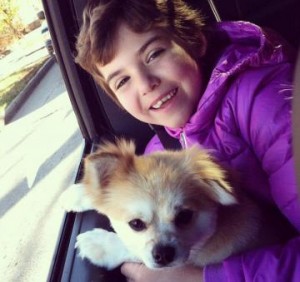 Earlier this year Emily “Emma” Whitehead was battling the deadly disease leukemia. Emma was diagnosed with acute lymphocytic leukemia in 2010, and was fighting for her life subsequent to her second relapse of the disease.

Drs. were at a loss for treatment options after two courses of chemotherapy failed to produce a sustained remission. Emma then underwent an experimental procedure, allowing herself to be infected with eight disabled form of the HIV rock virus which causes AIDS.

This treatment, which was pioneered at the Children’s Hospital of Philadelphia, is being used at different cancer centers around the country with limited results.

The therapy, termed CT019, attempts to reprogram a person’s T cells, in an effort to search out and kill cancerous cells.

The T cells in question are first removed from the patient’s body, and then genetically altered and bioengineered with the disabled HIV virus. Therefore the patient is never injected with the actual virus, that as the cells are treated outside the body with the virus and then reinjected into the areas where leukemia is growing.

This revolutionary therapy has put Emma into remission, but her doctors remain cautious as the remission needs to be sustainable for several years before they can use the word cured.

Malignant immature white blood cells continuously multiply and are overproduced in the bone marrow. Acute lymphoblastic leukemia causes damage and death to the bone marrow by crowding out normal cells in the bone marrow, and then metastasizes to other organs. This form of leukemia is most common in childhood between the ages of 2 to 5 years old.

The survival rate in children is generally about 80%, and about 45 to 60% in older adults who contract the disease.

Generally speaking cancer is caused by damage to the DNA strand increasingly chemical signals for interrupting the chemical signals that control and cause growth in the human body. Genes are formed and the dysregulation of a proto-oncogene as it is juxtaposed onto another gene, the T cell receptor gene.

ALL and all Leukemia’s’ are born out of extreme exposure to radiation and other chemicals. It has been established in study after study that the victims of the Chernobyl nuclear reactor and the Atom bomb dropped on Hiroshima and Nagasaki developed leukemia post exposure.

Chemotherapy up until recently, has been the only treatment option available. Surgery is not an option as the malignant cells are spread all over the body. So this new HIV therapy has sparked researchers all over the world, and given cancer patients new hope.

Emma was one of 12 people to receive the treatment, with three adults having complete remissions and two of them are now clear of their cancer for more than two years.

For other adults improved but could not be classified as complete remission, another child improved and then relapse, and for two people to therapy did not work at all.

Let’s hope that Emily “Emma” Whitehead is one of the lucky ones who goes into complete remission, with an eye towards the future and a complete cure for this dreadful disease.

4 Responses to "The HIV Virus as a Curative: Disabled HIV Virus Cured Emily Whitehead of Leukemia"