Kansas City Player Has Committed Suicide After Shooting His Girlfriend 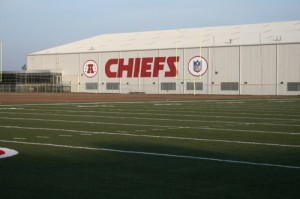 ESPN has just reported a most tragic suicide murder. An unnamed Kansas City Chiefs player has reportedly committed suicide at the team facility and police are there on the scene, the team has confirmed to the sports cable network this Saturday morning.

Local reports say the police are operating with the belief the player fatally shot his girlfriend at a house before driving to Arrowhead Stadium and killing himself.

“We can confirm that there was an incident at Arrowhead earlier this morning,” the Chiefs said in a statement. “We are cooperating with authorities in their investigation.”

There were no other injuries at the team facility, police said.

We understand that Chiefs players are being asked to assemble at the team facility for a meeting regarding the situation.

Refresh this page for updates on this developing story. More details to come.