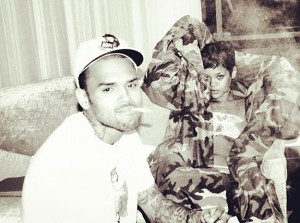 If there is such a thing as love without tragedy it has cease to exist between many Hollywood starlets. From Marilyn Monroe to Whitney Houston to the most recent love story of Rihanna and Chris Brown. Love has always seemed to occur with some sort of tragedy and for some it has been for the worst and now it seems the Rihanna and Chris Brown story may be headed to the altar. Though, one can wonder are these two stars rushing things and just doing what No one can stop them but marriage and starting a family are both serious issues and shouldn’t be taken lightly. So if the rumors of marriage and starting a family are true they need to also think of that third life they want to create. Chris Brown and Rihanna or as the press calls them “Chrianna” should really slow things down. It seems like they just want to make headlines instead of working on their ‘friendship.’ The world already knows they are dating but really to get married when Chris is on tour for his album and Rihanna has just released a new album and plans to tour next year. Why the rush, you are both still young, still have your careers ahead of you. Why not work on building a more solid relationship and in a year or two then talk marriage. Everyone has their first love and or that one person that they just cannot shake but that doesn’t mean you two are soul mates and should be married. Sometimes you can’t let go of that one person because you refuse to let go of them so it seems you have found your soul mate.

Whitney and Bobby Brown tired to stick it out and go against the odds just as Chris and Rihanna appear to be doing same and that marriage ended in tragedy. Marilyn Monroe, Elizabeth Taylor and many other Hollywood stars can all agree to this for they found love met with tragedy as well. So you see it seems love always end s in tragedy at least in Hollywood anyway. There may be some who stick it out and find lasting love but those couples are not splattered all over the news but keep their private lives private. Rihanna should look to her mentor Jay-Z on keeping her relationship private and not rushing into marriage and starting a family. 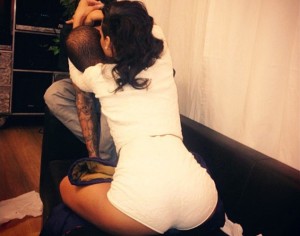 It would only seem that Chris and Rihanna are repeating the cycle of past Hollywood starlets and just want to go against the naysayers but are they really thinking of the very people that they can hurt the most, themselves. There are just as many people looking for them to fail romantically if not more than there are those that want to see them happy and together. Which should make the two of them want to work even harder in rebuilding their love and not rushing things between the two. Chris Brown and Rihanna may have dated before but they broke up and both dated other people. Chris has even admitted to falling for his now ex-girlfriend Karrueche. So if these wedding bell rumors are true, is he ready to fully love and marry Rihanna?

It is true that its nobody’s business what they do but for their own sake Rihanna and Chris Brown need to slow things down and take a page from Jay-Z and Beyonce. Forget making headlines except when it comes to their music and privately work on their relationship and this includes keeping private photos off instagram. Then if in a year or two you still have the same feelings then talk marriage. It is always great to see young love and couples work it out but if it’s for the wrong reasons and prematurely thought out then tragedy and heartbreak becomes inevitably.

One Response to "Rihanna “Love without Tragedy”"