Support for Mr. Obama’s handling of the economy has surged

By DiMarkco Chandler on December 12, 20123 Comments

A Position of Power 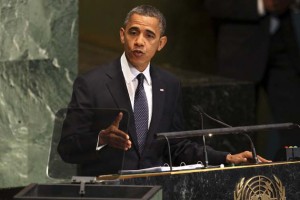 Democrats and almost half of Republicans believe that President Obama will win the argument that will raise taxes on those making 250,000 dollars a year or more, and keep them lower for the middle class. Most believe his election was a mandate to do so.

The majority in a recent poll believe he will protect social security and Medicare as promised during the campaign.

With the President’s approval rating jumping to 53% from 49% in September, he is holding a position of power in negotiations involving the “fiscal cliff”. The last time his approval rating was this high was in December of 2009 when it stood at 54%.

The president’s post-election bounce cuts across party lines and covers his performance in a range of areas.

54% of those polled say that his meeting with business executives shows he’s serious about repairing the economy.

The overall results of the poll support what 65% of Americans are saying. Mr. Obama’s election on November 6th demonstrated support of his policies. While his ratings are climbing, Republican’s are falling.

In another poll the majority of voters say that if the government does not come to an agreement on the “fiscal cliff”, John Boehner and the Republicans in congress will be to blame.

3 Responses to "Support for Mr. Obama’s handling of the economy has surged"