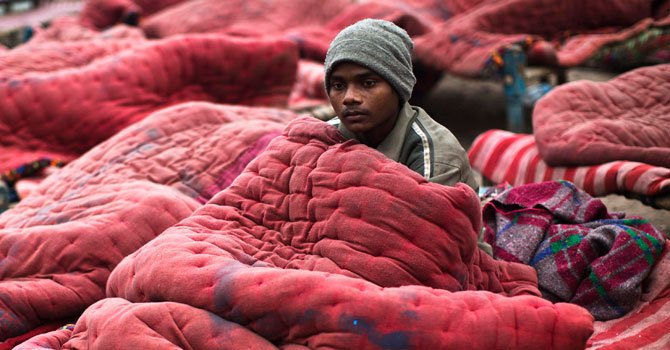 Experts and officials alike are viewing these events as the coldest winter in a generation.

Reports out of Delhi suggest the weather contradicts appearances. In spite of bright sunshine, low temperature and cold winds permeate the topography, resulting in uncomfortably intense low temperatures that have literally killed at least 107 people, according to “The Indian Express.”

Meteorologist M. Duraiswamy said that January 2, was the coldest day in the last 44 years.
“The bone chilling wind is coming from western side, north western side. We are receiving cold wind from Pakistan and Afghanistan and that is why the temperature has dipped a lot to 9.8. It has been reported maximum temperature in last 44 years,” said Duraiswamy.

Although Thursday morning and afternoon is expected to be sunny, the evening will witness another wave of cold winds.

According to the Indian Meteorological Department, the minimum temperature was three degrees below normal at 4.4 degrees Celsius and the highest is expected to reach not above 13 degrees.

Reports of the cold have hit a country that has also experienced a rash of numerous earthquakes. Less than an hour ago, Imphal and surrounding cites was struck by a 4.4 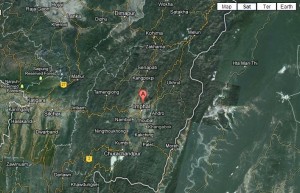 An unabated cold wave swept through Kashmir valley with further decline in night temperature in Srinagar.

Officials say four people died in Muzaffarnagar, three in Mathura, two each in Agra, Bulandshahr, Etah and one each in Barabanki and Mirzapur; and in Uttar Pradesh, the cold wave has claimed 15 more lives.

The mercury fell overnight in Himachal Pradesh, but it registered an upswing in the day temperature. Clear sunshine gave little respite from extreme cold to people in the state.

A light blanket of fog descended on cities Thursday morning, with morning visibility reducing to 500 metres. The Jammu region is facing bone-chilling cold with foggy conditions as well.

Dense fog and cold winds wreaked havoc with the traffic causing office-goers to be stuck on their way home later in the evening.

Several trains have been cancelled and flights have been disrupted for the past few days due to bad weather.

More than 30 flights were either cancelled or diverted on Wednesday. On Tuesday, more than 100 flights had been affected, with visibility lowering to near-zero levels.

To add to the daunting weather news, officials say the unusual conditions are expected to continue for the next few days.

The cold wave has been sweeping through several parts of northern states like Rajasthan, Punjab, Haryana, and Kashmir.

“The minimum temperatures hovered between four degrees Celsius below normal to four notches above normal in most parts of Punjab and Haryana,” said an Indian official in Chandigarh.

The night temperatures were up by an average of up to two degrees celsius in the region.

Bikaner also recorded a low of 0.4 degree Celsius. Pilani, Churu, Sriganganagar and Barmer recorded 2.1, 2.2, 3.9 and 4 degree Celsius respectively, while Jaipur and Chittorgarh shivered at 4.2 degree Celsius, according to the Met department there.

While the key tourist resort of Manali shivered at minus 3 degrees, its capital Shimla recorded a low of 2.1 degrees. 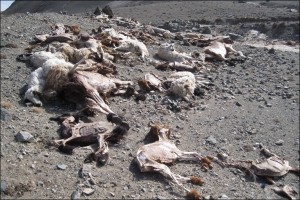 A police spokesman, Surendra Srivastava is saying that 114 people have died from the cold in the state of Uttar Pradesh, with 23 deaths in the past 24 hours.

He said many of the victims were people living in poverty whose bodies were found on streets or in parks.

Overall, conditions are terrible throughout the region and officiasl can do nothing but hope for temperatures to rise soon. Moreover, what has made the conditions even worse is the absence of resources like heating systems that could mitigate the cruel low temperatures.

Whatever happens in the days to come, officials know they will have to come up with a strategy to prevent the number of deaths and punishment caused by the sudden wave of cold weather winds and freezing temperatures.

D. Chandler for the Guardian Express is among the contributors to this report.