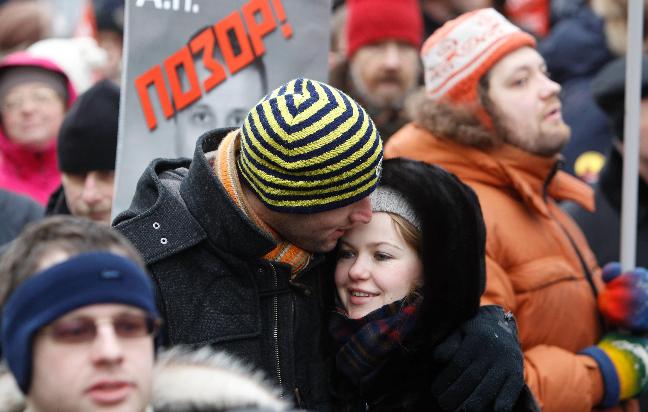 An estimated 24,000 people marched in Moscow Sunday to protest the their parliament’s ban on adoption by American couples. The majority of Russians lack the income to adopt one of the over 650,000 children in foster care or orphanages.

Putin signed parliament’s decree, with most of Russians and Americans believing it was retaliation to the so called Magnitsky Act, an effort to punish Russian official for human rights violations. The government claims the action was taken in reaction to abuse of Russian children by U.S. adoptive parents.

The marchers held signs displaying their belief that the Russian government is using children as pawns, that they are more interested in politics than human life.

Parliament’s decision has proven divisive even inside government circles. 120,000 of the 650,000 are eligible for adoption. Many of the children are sick or disabled, and have little hope of finding homes.