Beyonce stars in the animated film EPIC as Queen Tara

Beyonce stars in the animated film EPIC as Queen Tara 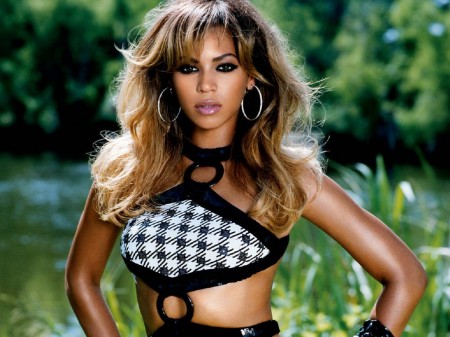 Fans around the world already know Beyonce as Queen Bey now Beyonce gets to play a queen on screen as Queen Tara. Beyonce is starring in the animated comedy EPIC which also stars Colin Farrell and Amanda Seyfried. In the animated film the main story is a battle of good versus evil set in the forest. EPIC opens in theaters worldwide May 24th.

As for what is next for the pop diva, Beyonce is making way to hit stages worldwide with her MRS CARTER SHOW WORLD TOUR. As husband Jay-Z will be headlining the LEGENDS OF THE SUMMER tour with Justin Timberlake.

Beyonce will be on tour promoting her 5th solo album, an album that is still untitled with no official release date announced. However, a tracklist has been leaked from the diva’s upcoming 5th solo album. Ne-Yo has also confirmed that he penned a few songs for Beyonce’s upcoming album but he can’t confirm if what has been leaked is the real tracklist. However, he is pleased that his songs made the cut if this is indeed the official tracklist but he can’t confirm it.

As for what Ne-Yo thinks of the leaked track list he said this; “I saw that Beyoncé’s tracklisting just leaked and I’ve got a couple of joints on there, which is good news. I’m very happy about that. I don’t know, I mean you never really can tell until the album comes out. I’ve heard some songs from the album so I knew what direction I should be going in. The last thing you want to do is write a song that makes no sense with the direction of the album, so she let me hear some stuff so I knew where to aim. I can’t say much else as I’ve been sworn to secrecy! I’m actually happy that no songs have leaked from it yet. Hopefully this is a sign for the future – that music can come out when it’s actually supposed to come out.”

As for Queen Bey fans, they can only speculate and wonder on the album title, release date and if this is in fact the official track listing for Beyonce’s next solo album. Fans will just have to wait and see once the album is released.