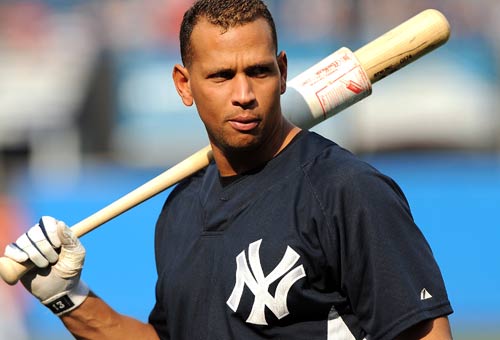 They all claimed they didn’t use performance enhancing drugs.  Bonds, McGuire, Sosa, and Clements were all accused, and all claimed innocence.

Alex Rodriguez has remained on the fringe of accusations for years.  Something new has emerged today that will raise the question again.

A South Florida ‘anti-aging clinic, by the name of Biogenesis of America, which is now closed, had been under investigation for some time.  The clinic is suspected of supplying the performance enhancing drugs for several athletes.

The New York Times reported online Thursday that Major League Baseball had purchased documents from a former employee at the clinic.

The article also stated that one major league player had also purchased clinic documents from a former clinic employee so that they could be destroyed. That player was not identified until Friday, when the two people said it was Rodriguez, the 37-year-old Yankees third baseman currently rehabilitating from off-season hip surgery.

A representative for Rodriguez denied the accusation.

As recently as January, a weekly Miami newspaper, the Miami New Times, reported that it had uncovered evidence of six players purchasing the drugs from Biogenesis, including Rodriguez.

Rodriguez is halfway through a 10-year, $275 million contract. Which is the largest ever in American sports.  He is still owed $114 million through the end of 2017.  Proof of the use of a banned substance could possibly void the contract.

Rodriguez missed all of spring training while he was in rehab.  He will most likely not return until after the “All Star Break”.  The league will have several months to further investigate the allegations.  If they feel they are substantiated, Rodriguez could face further suspensions.