Autism – A Leap in the Evolution of Consciousness? 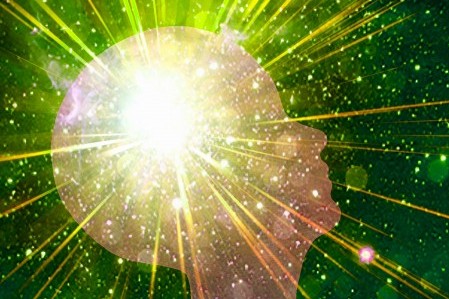 One out of every 38 children born today is said to have autism. Autism, as it has been experienced by many, is an overwhelming condition which no doubt, takes a lot of attention and energy from parents and family.  Could autism be more than a neural development disorder which inhibits social interaction and ‘normal’ growth? What if autism was ahead of it’s time and instead of a disorder, a signal to a great leap in the evolution of consciousness?   Rev. Noel McInnis, diagnosed with a mild case of autism himself a number of years ago, author of numerous philosophical and spiritually based books and writings muses in this direction.

In one of Noel’s blogs titled “Autism’s Ultimate Cause: An Evolutionary Make-over” he begins:

A re-education of our human sensibilities – wow.  Ponder that for a moment. Rev. Noel McInnis is not alone in his view of autism.  Lori Shayew, creator of ‘The Gifts of Autism’ website asks a very similar question – “What if the autistic state of mind and way of viewing the world represents, not a defect that we must correct, but an evolutionary step up? What if millions of autistic individuals are here to show us neuro-typicals a different way, a way of living that can potentially be more spiritually satisfying, more deeply connected, more co-creative and profoundly meaningful than we can imagine?”

And from Shayew’s up-coming book of the same title:

I can no longer see Autism as a disability. My perception has evolved. I now know that the condition of Autism is here with us in such great numbers as a gift. If we are willing to look, our autistic brothers and sisters can give us a glimpse into our future – into a possible world where we are not so driven by our personalities and egos. We might see a world of beauty, connection and artistry, rather than our world of self-consciousness and commerce. We might see the possibility of Spiritual communication with each other, of reverence for each moment, of the healing power of unconditional love.

If you have ever known or interacted with an ‘autistic’ person, you know there is something special about them, you can feel it.  They draw you into the present moment in a way no one else can and lure you away from the troubles of your mind into a space of joyful freedom.  Challenges present themselves with those who are ‘autistic’ when you try and impose upon them the regulations and limitations of our agreed upon reality.  However, if you relinquish attachment to ‘how things ought to be’ and simply allow the moment to happen as it wishes to unfold, these beautiful beings will lead you into a space far greater than the one you currently reside in.

I am not saying that many of us do not live in a beautiful reality, I can say I do – largely.  For most of us it seems, however,  that we waver in and out between the ‘blissful’ and the ‘ordinary and mundane’, hoping to find more blissful than ordinary in any given day.  For those who are named ‘autistic’, there isn’t that choice – they simply exist in a reality that is set – the fluctuation comes in our interaction with them and our response.

Sometimes these beings get frustrated, no doubt.  Just like a baby who can’t talk yet will throw a fit – and you know that if they could just communicate what they feel, all would be okay, but they can’t.  Autism lends itself to this same type of challenge.  Yet, what if they are experiencing a more advanced version of reality than we can see – and it is us who is not getting it – how maddening it would be to look from their shoes?

What is conscious evolution?  What do these amazing ‘autistic’ beings have to show us?  As Noel McInnis quotes in his blog:

“Homo sapiens, the first truly free species, is about to decommission natural selection, the force that made us. … Soon we must look deep within ourselves and decide what we wish to become.” ~Edward O. Wilson in Consilience, The Unity of Knowledge.

Mankind is on the verge of an evolutionary leap in consciousness, to a whole new way of thinking and being that will put us as far above our present concept of “man” as modern man is above our stone age ancestors. Until roughly the present time, the forces of evolution have been external to mankind. Whether we think of these forces as essentially physical/biological, or essentially spiritual, in either case we have not consciously directed the course of our own evolution. This is simply where the journey has brought us.  But no more. From this point forward we will consciously participate in the direction of our own evolution. We will become what we choose to become. ~visionary Gregory Ellison

We must choose which direction we go, but as in all times of change, there are those who are the way-showers, the ones who lead the way, could the autistic people be them?  Is autism merely a difficult and disruptive disorder that we must seek to ‘cure’ or is it the signal of an evolutionary leap in consciousness here to show us the way?

38 Responses to "Autism – A Leap in the Evolution of Consciousness?"