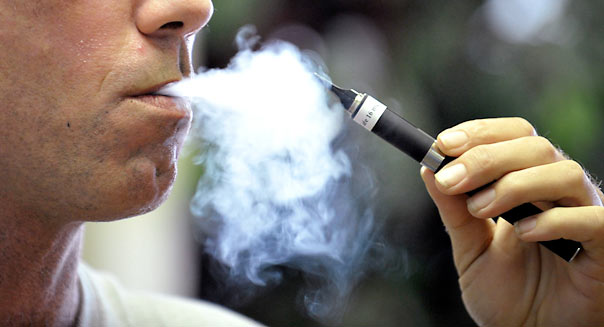 Are e-cigarettes less harmful than traditional cigarettes? Entrepreneur Sean Parker thinks so. He, along with other investors in the Silicon Valley, is investing $75 million in a leading manufacturer of electronic cigarettes to energize the market.

Mr. Parker who co-founded the computer service Napster was also was the first president of Facebook, Inc.

NJOY Inc., the e-cigarettes maker, based in Scottsdale, AZ, is one of the dozens of companies that have appeared on the horizon as makers of the electronic cigarettes since 2006.

E-cigarettes are battery-operated devices that look like regular cigarettes but instead of smoke, they create water vapor. They may contain nicotine but do not contain other harmful substances that the traditional cigarette smoke contains. The mist in e-cigarette is propylene glycol.

According to a spokesman for NJOY Inc., the funding will be used “for marketing, clinical trials, research and development, and international expansion.”

Craig Weiss, CEO of NJOY said, “After lengthy study, Sean and I are convinced that NJOY will continue to innovate and lead the smoker away from all the negatives of combustion with their smoker familiar product.”

According to reports, the small market for e-cigarettes is rapidly expanding and big tobacco companies are also weighing in. The maker of Marlboro cigarette, the Altria Group, Inc. is expected to release its plans for e-cigarettes soon. The manufacturer of Camel cigarettes also said it will sell e-cigarettes in Colorado ahead of its launch. Lorillard, Inc. purchased Blu Ecigs, NJOY’s biggest rival, for $135 million last year.

E-cigarettes are not currently federally regulated like traditional ones. Food and Drug Administration (FDA) tobacco czar, Mitch Zeller, described the e-cigarette market as “the wild, wild west” in terms of regulation.

Among the many concerns federal regulators face include: could e-cigarettes, serve as an entry to traditional cigarettes for young people? Regulators are worried e-cigarettes are offered in flavors such as chocolate, strawberry and piña colada and that may attract very young consumers. Also, what kind of age restrictions and warnings should these products carry? Should their advertising be regulated?

FDA in 2009 cautioned consumers that e-cigarettes could pose their own health risks and required further study. Some studies indicate nicotine, the addictive agent in cigarettes and in the new devices, may harm fetuses. In addition, the long-term impact of inhaling e-cigarette vapor, which contains other substances such as propylene glycol, has yet to be determined.

About a dozen states, including Arkansas, Colorado and Maryland, have outlawed e-cigarette sales to minors. New Jersey, North Dakota and Utah have banned their use in enclosed public spaces.

However, a former U.S. Surgeon General has endorsed the new product.

Dr. Richard Carmona joined NJOY’s board recently. As the country’s primary physician at one time, Dr. Carmona had underscored the hazards of secondhand smoke and supported an outright ban of tobacco products.

Dr. Carmona, in becoming part of NJOY, said it was imperative to explore alternatives to traditional cigarettes because the adult smoking rate has remained fixed at around 20%.

He said while more study needs to be done to determine if e-cigarettes are safe, “initial information certainly suggests there is significant potential for harm reduction.” Thus, according to him, e-cigarettes may be less harmful than the traditional cigarettes.

Dr. Carmona suggested that e-cigarettes could be another tool to get more people to quit the harmful traditional smoking.

According to health studies, tobacco smoke contains over 4,000 chemicals, of which more than 70 are known to cause, initiate or promote cancer and are called “carcinogens.”  This fact alone allows manufacturers to claim that e-cigarettes are less harmful than tobacco products.

Mr. Parker has been a very committed philanthropist and has raised vast amounts of money for various charitable causes, including cancer research, and malaria groups.