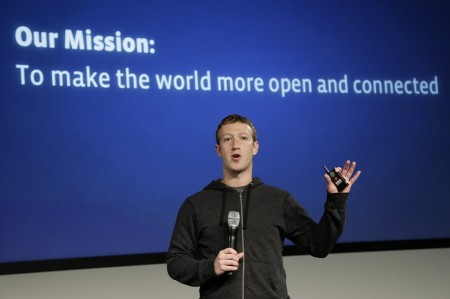 Facebook has finally put video to their one billion-dollar purchase of Instagram and its doing well. Instagram had 5 million videos uploaded within 24hrs is great, but with those great things comes a downer for Facebook. They had a glitch, which comes, but I thought you had the people to watch for this? This glitch opened up 6 million users’ phone number, and emails. Glitch sounds like a hack.

The company issued an apology notifying users that a bug allowed some of a person’s contact information (email or phone number) to be accessed by people who either had some contact information about that person or some connection to them. The company said some users who attempted to download contact information for their friends obtained additional information to which they were not supposed to have access. According to the company’s release, the leaks began in 2012 and were fixed within 24 hours of the security team’s discovery last week.

“We currently have no evidence that this bug has been exploited maliciously, and we have not received complaints from users or seen anomalous behavior on the tool or site to suggest wrongdoing,” Facebook said on its security blog. The company added, “it’s still something we’re upset and embarrassed by, and we’ll work doubly hard to make sure nothing like this happens again.” In comments beneath the blog users’ reaction varied from outraged to grateful for the disclosure. Some even questioned if credit card information had been leaked out with this glitch for those who promote by using ads.

Is this really something we should care because it seems to happen these days with the technology we have and the minds? We as computer users have to realize once our information is public, and it can be at any time now that our information is stored in computers and not hard physically file folders. It makes me think of movies where they had people go into filing cabinets to get a folder of information. All that is now stored on a small thumb drive sized chunk within servers across the globe. Facebook has been good at getting things out as well with banks and credit-card companies as well as other websites. Nevertheless, why do we really need to know when it just makes us uneasy and unsure about how they are keeping our information as “safe as possible?”

Facebook said:
“Because of the bug, some of the information used to make friend recommendations and reduce the number of invitations we send was inadvertently stored in association with people’s contact information as part of their account on Facebook. As a result, if a person went to download an archive of their Facebook account through our Download Your Information (DYI) tool, they may have been provided with additional email addresses or telephone numbers for their contacts or people with whom they have some connection. This contact information was provided by other people on Facebook and was not necessarily accurate, but was inadvertently included with the contacts of the person using the DYI tool.”

What is this? I’ve never heard of how I can download an archive of my Facebook account. Why would I need to? Isn’t Facebook supposed to have backups of backups of servers and hard drives to make sure my information that I have posted is not lost?
Either way you think of it isn’t a glitch normally a hack these days? Because you think that, someone takes the time to encrypt the information that you provide them with. Or is it just more information that is public as if you were to search by going to spokeo.com?