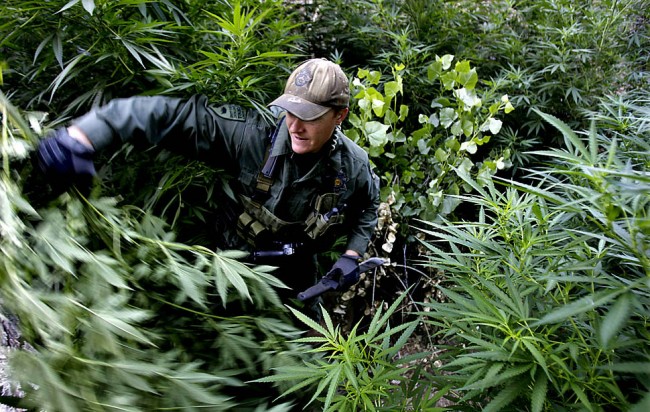 Marijuana (Cannabis sativa L.) is one of the first plants cultivated by man. Shrouded in controversy, the intriguing history of cannabis as a medication dates back thousands of years before the era of Christianity. Scientists believe the hemp plant originated in Asia. In 2737 B.C., Emperor Shen Neng of China prescribed tea brewed from marijuana leaves as a remedy for muscle injuries, rheumatism, gout, malaria, and memory loss. During the Bronze Age in 1400 B.C., cannabis was used throughout the eastern Mediterranean to ease the pain of childbirth and menstrual maladies.

More than 800 years before the birth of Christ, hemp was extensively cultivated in India for both its fiber and healing medicinal properties. William Brooke O’Shaughnessy, an Irish physician famous for his investigative research in pharmacology, is credited with introducing the therapeutic, healing properties of cannabis to Western medicine. During the 1830’s Dr. O’Shaughnessy, working for the British in India, conducted extensive experiments on lab animals. Encouraged by his results, Dr. O’Shaughnessy commenced patient treatment with marijuana for pain and muscle spasms. Further experiments indicated that marijuana was beneficial in the treatment of stomach cramps, migraine headaches, insomnia and nausea. Marijuana was also proven to be an effective anticonvulsant.

From the 1840s to the 1890s, hashish and marijuana extracts were among the most widely prescribed medications in the United States The 1850 United States Census records 8,327 marijuana plantations, each larger than 2000 acres. Recreational use of marijuana was not evident until early in the 20th century. Marijuana cigarettes became popular, introduced by migrants workers that brought marijuana with them from Mexico. With the onset of Prohibition, recreational use of marijuana skyrocketed. During the early 1930s, hash bars could be found all across the United States.

Although protested by the American Medical Association, the 1937 Marijuana Tax Act banned the cultivation and use of cannabis by federal law. Under the law, cultivation, distribution and consumption of cannabis products for medicinal, practical or recreational was criminalized and harsh penalties were implemented.

During World War II, the United States government planted immense hemp crops to supplement the supply of naval rope. The exception was granted to make up for the loss of Asian hemp controlled by the Japanese. During the 1950s, the United States Congress passed the Boggs Act and the Narcotics Control Act. These acts laid down mandatory sentences for drug offenders, including cannabis cultivators, users and distributors.

In 1996, the State of California was the first state to legalize marijuana. Following California’s lead in enacting the Compassionate Use Act of 1996, enlightened voters in Alaska, Arizona, Colorado, Connecticut, Delaware, Hawaii, Massachusetts, Maryland, Maine, Michigan, Montana, Nevada, New Mexico, Oregon, New Jersey, Rhode Island, Vermont and Washington decriminalized the use of medical marijuana. Medical marijuana is also legalized in the District of Columbia. Legalization removes state-level criminal penalties for possession, use or cultivation of cannabis by persons who possess current state issued written documentation authorizing the use of medical marijuana. As of May 2013, States with pending legislation to legalize medical marijuana include Alabama, Iowa, Illinois, Kansas, Kentucky, Minnesota, Missouri, Ohio, Pennsylvania, New Hampshire and New York.

In an orchestrated effort to increase state revenues, create jobs and provide unrestricted access to the healing properties of cannabis, Nevada and Hawaii legislators are presently endeavoring to pass laws legalizing the recreational use of marijuana by all adults: similar to the recent initiatives passed in Colorado and Washington State.

Rules, regulations, eligibility, fees and the amount of cannabis a patient or provider is able to cultivate or possess, varies widely from state to state. Legislation in states where medical marijuana is decriminalized has established confidential patient registries to manage records and issue state identification cards to qualifying patients.

State regulated medical marijuana dispensaries are locations where patients, with a state approved doctor’s prescription, are allowed to obtain medical marijuana, free from the fear of arrest, legal repercussion or prosecution of state law. However, under federal law it is still a federal crime to sell or possess cannabis.

It isn’t easy to start a medical marijuana dispensary business. You cannot get a loan from a bank to open your venture. Banks are regulated by the federal government and cannot loan money for a business venue that is in violation of federal law. Many landlords shy away from renting to a tenant they may not be welcomed in the neighborhood or put the landlord in violation of federal laws. Many states, including Montana, require that the landlord sign a statement, submitted to the state that acknowledges that he is renting to a tenant who will be cultivating, processing and selling marijuana. Without the landlord’s affirmation, a license will not be processed.

In 2011, the tide of federal law turned. The federal government “back-pedaled” on their stated policy and started “cracking-down” and threatening to close medical marijuana dispensaries. In a series of raids in several states, including California, Washington and Montana, records, equipment and inventories were seized. The federal raids targeted large medical marijuana dispensaries believed to be manipulating state laws to conceal criminal activity including drug trafficking and money laundering.

Federal prosecutors stated they are not pursuing patients meriting a legitimate medical need for cannabis. Several states regulate that marijuana card holders cannot be delinquent on child support payments, student loans or have a criminal record.

Colorado is the only state that endorses dispensaries to function as a business and is the only “for-profit” marketplace in America. It is no surprise that Colorado is experiencing a pot boom. Colorado voters legalized medical marijuana in 2008. In 2008, the state issued medical marijuana cards to 2000 Colorado residents. By 2011, the number of legal cardholders had escalated to a base of over 127,000 legally carded, paying customers. Today, in Colorado, recreational cannabis consumption and cultivation is legal for everyone of legal age.

Marijuana offers safe, non-toxic relief from the pain and symptoms of over 50 different medical conditions. ProCon.org, an explicitly nonpartisan organization, which presents pros and cons on controversial issues, forwarded a Freedom of Information Act (FOIA) request to the US Food and Drug Administration (FDA) to determine the number of deaths caused by marijuana compared to the number of deaths caused by 17 FDA-approved drugs.