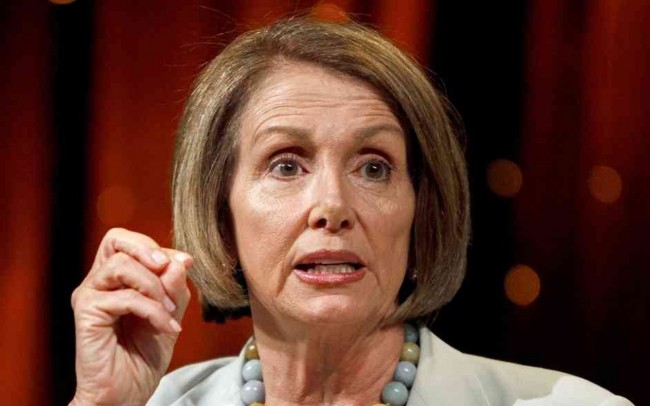 Could Edward Snowden’s revelations of “big brother” spying on average citizens be the beginning of the end of our government?  Nancy Pelosi, House minority leader, was booed over her remarks regarding the NSA.

People around the world are praising Edward Snowden for his expose of our government’s policy of spying on its own people.  Admittedly, some are anti-American, but the reality exists that our government has violated the Constitutional rights of 300,000,000 people.

Pelosi was in San Jose, California, speaking at the annual Netroots Nation political conference Saturday.  She was defending the continuation and expansion of the NSA’s gathering of information from cell phone records, and social media by the Obama administration.  What began under the corrupt presidency of George W. Bush, has forced the citizenry of the United States to ask which man was the worst President.

As Pelosi was speaking, a number of the liberal based crowd booed and interrupted the Congresswoman.

The boos came when Pelosi said that Snowden had violated the law and that the government needed to strike a balance between security and privacy.

To me this means that we value the second amendment, as vague as it may be, but we ignore the first and fourth which are definitive.

As she was attempting to argue that Obama’s approach to citizen surveillance was an improvement over the policies under President George Bush, an activist, identified by the Mercury News as Mac Perkel of Gilroy, stood up and tried loudly to question her, prompting security guards to escort him out of the convention hall.

“Leave him alone!” audience members shouted. Others yelled “Secrets and lies!,” ”No secret courts!” and “Protect the First Amendment!,” according to the Mercury News.

Perkel told the newspaper that he thinks Pelosi does not fully understand what the NSA is up to.

“We’re listening to our progressive leaders who are supposed to be on our side of the team saying it’s OK for us to get targeted” for online surveillance, attendees said. “It’s crazy. I don’t know who Nancy Pelosi really is.”

Pelosi was the keynote speaker at the convention.  Her remarks criticizing the Republican majority in the House and encouraging powerful women brought applause, cheers and laughs.

But the negative response to her remarks about the NSA and the policies of the Obama administration will resound throughout the nation.  Americans have lost their freedom.  A revolution is in the beginning.

2 Responses to "Nancy Pelosi Gets Booed Over NSA Remarks"