Chicago on Fire This Holiday Weekend: 72 Shot with 12 Murders [Video]

Oprah and Iyanla Join the Conversation with Fatherless Sons 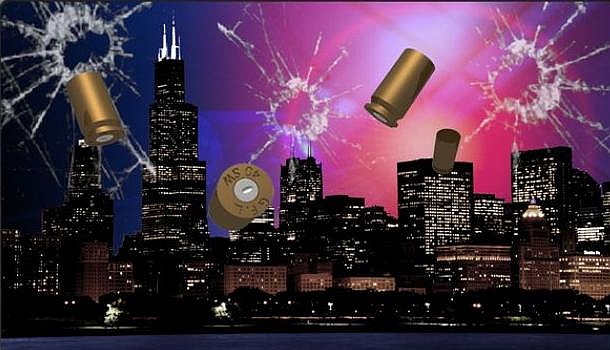 A heat wave has sprawled across the East Coast during the July 4 holiday weekend, but it’s the streets of Chicago that are on fire. Twelve men were killed and at least 60 other people were wounded in shootings throughout the city so far this holiday weekend, including eight people who were shot in a west side attack Saturday. Chicago is no stranger to violence, particularly in the warmer months. What has been alarming is the rate in which these incidents are occurring; a total of 202 homicides have occurred this year alone in Chicago. The city who claims the home town of the President of the United States is paced to exceed its 2012 death rate of 500 plus and we are only into the first week of July.

Also from Chicago, Oprah Winfrey has stepped up to address the issues of violence and how it impacts the families in the city. This weekend Winfrey’s network, OWN continued a worldwide conversation she launched earlier this year surrounding the subject of fatherlessness and the effects on young men. What has been alarming is the overwhelming percentage of black men involved in the flurry of Chicago violence. It has become obvious that in order to exact a real change in the system and perpetuation of gun violence, we must target those in urban areas at an earlier age.

Oprah Winfrey was joined by Iyanla Vanzant (“Iyanla: Fix My Life”), Geoffrey Canada (CEO of Harlem Children’s Zone) and Dr. Steve Perry (Founder and Principal of Capital Preparatory Magnet School). They discussed the viewer reaction to the last segment, shared personal stories and gave practical action steps for sons, fathers, mothers and their families in the audience and online, on how to deal with the fatherless sons crisis affecting 21 million children in the United States today.

According to the U.S. Department of Health and Human Services, fatherless children are at a dramatically greater risk of drug and alcohol abuse, mental illness, suicide, poor educational performance, teen pregnancy, and criminality. At the forefront of these blistering stats are how it plays out in the African American family. In fact, compared to peers in two-parent homes, black children in single-parent households are more likely to engage in troublesome behavior, and perform poorly in school.

It was these very facts that sparked the heated conversation via Winfrey’s network this past weekend. Along with spiritual coach Vanzant serving as the lead moderator; Perry and Canada sat roundtable style in hopes to open us all up to the realities surrounding fatherlessness in America. The subject matter was tense and sometimes awkward. Man after man stood to chime in on how being without a father has changed the course of their lives. At times there were tears, hugs and pats on the back in support. It is often understood that in order to heal a subject, it must be confronted head on.

In Chicago, like many dense urban communities, there is a strange code of silence. Those most affected by the violence are often the ones refusing to come forward and identify the assailants. In a desperate plea for justice, many activists from the neighborhoods are hosting what’s being called ‘Chicago Night Out’. This is an initiative supported by City Hall where block captains, leaders and churches comb the streets of Chicago in masses hoping to deter any further violence. What they are finding is the community at large has lost confidence in their police to serve and protect them after they have become a cooperating witness.

Ranging in ages from 5 to 72, no one was spared the violence. Whether they were outside of homes, in public parks, or just walking around, there seemed to be no safe place. In addition to fireworks, gunshots were heard around the Mid-Western city.

Chicago Police Superintendent Garry McCarthy said in a public statement: “While to date we’ve had significantly fewer shootings and significantly fewer murders this year, there’s more work to be done and we won’t rest until everyone in Chicago enjoys the same sense of safety.”

Currently, nobody is in custody for any of the murders.

2 Responses to "Chicago on Fire This Holiday Weekend: 72 Shot with 12 Murders [Video]"