Facebook the New TV According to New Nielsen Study 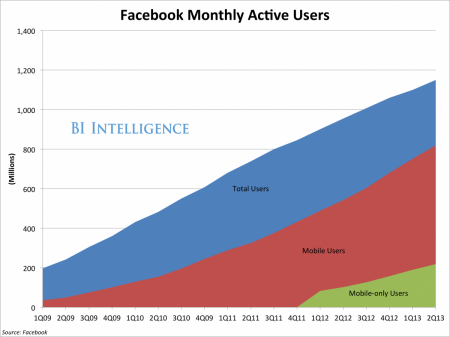 According to the first major study by Nielsen, the company that watches what we watch, Facebook could well be the new TV. Figures collected by the company says that in the area of demographics and “viewing” the social networking site may just be replacing the “boob” tube. Facebook looks to be the favourite source of entertainment by the 18 to 24 year old’s who normally watch television during “prime time.”

Prime time is the time period between 8 p.m. and 11 p.m. during the week. Nielsen found out that the world’s largest social networking site attracts more people in this age group than any of the four major television networks.

According to Nielsen, the four major television networks only draw 37 to 43 percent of this age group. Unfortunately, the results offered by the company do not specify which networks they studied.

Nielsen conducted the study after being commissioned by Facebook to do the research. It is the first time that anyone has compared the social networking site with television in the area of TV audiences and demographics in each area.

Apparently the research commissioned by Facebook Inc. is meant to show a correlation between viewers and advertising. Most likely because Facebook is planning to sell television style advertising to prospective companies at the rate of $2.5 million per day. With the result showing that more people are spending time on the social site than watching TV, it’s a wise move by Facebook.

Fred Leach, who is the head of measurement research at Facebook Inc, said, “This data really changes the way marketers view us now. They used to think of us as a niche part of their ad strategy, but this data establishes us as a really important piece of giving them reach.”

But don’t let the percentages deceive you. While the figures of 18 to 24 year-old’s during prime time is around 37 to 43 percent, non prime time audience figures are much higher. While the non-prime time figures deal primarily with daytime viewing hours, Nielsen found out that more than half of all viewers – including the 18 to 44 year-old age groups – went onto the social site instead of watching TV.t The four networks studied only pulled in 40 percent individually.

According to Fred Leach, that makes sense. “Most people during the workday don’t have a TV in front of them,” Leach said. So it appears that the Nielsen study suggesting that Facebook is the new TV in the area of “viewing” figures is a pretty valid one. Especially considering that the age group targeted for the study would not be sitting at home in front of the television during the main part of the day.

But while Facebook almost takes the lion’s share of the younger demographic of television viewers, it doesn’t command the same sort of high percentages from older viewers. During the same prime time measurement period, viewers from 35 to 44 years-old peaked at 48 percent. It appears that in this target demographic, the networks took the lead with a firm 65 percent.

This first major study of television versus Facebook is not too specific in what other social networks, like Twitter, people spent time on or even how much time was spent on Facebook during the time periods outlined in the study. But apparently late this year, a separate study with the microblogging social site Twitter will be conducted. The Nielsen company want to see how many people tweet while they watch TV.

The most significant result of Nielsen’s first study of Facebook and television revealed a correlation between the two separate activities. It seems that the social site and the tube intermix very well. Leach said, “A lot of people talk about the TV shows they’re watching while they’re on Facebook.”

It is this apparent connection that leads Facebook to believe that there is a market for TV advertising to work very well on the social website. Advertisers are also interested in that they can put their product out in front of their “audience” repeatedly.

Leach says that this tactic is known as “frequency targeting” and it’s a very popular way of advertising. Leach revealed that, “It’s something a lot of marketers have asked for and now we’re able to show them how with even better data.”

At this point, there is no information about whether Twitter Inc has commissioned the newer study that Nielsen will be conducting about the correlation between microblogging site and television. But whatever the outcome of the new study, right now, it appears that Facebook is the new television. At least, according to the new Nielsen study and that’s enough to get Facebook Inc, to start selling TV ads at the low price of $2.5 million per day.