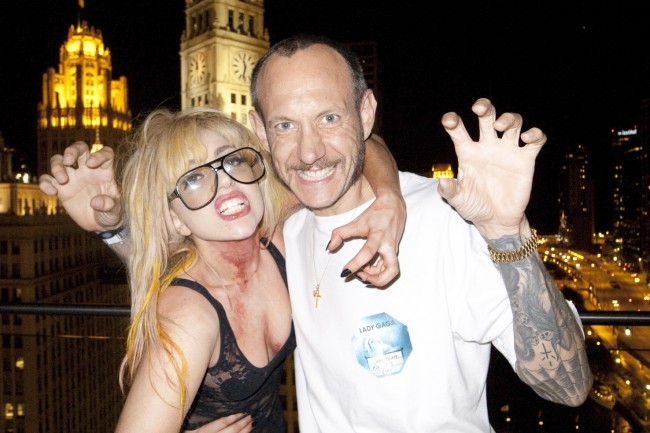 Lady Gaga has returned. She already gave a performance during a public appearance at the Gay pride rally in New York City on June 28, but now she has revealed her electronic passion and plans for her new album, ARTPOP. It looks like it will be in true Gaga style. On her Facebook page the Lady wrote that her album will be “a musical and visual engineering system that combines music, art, fashion, and technology with a new interactive worldwide community—’the auras. A reverse Warholian expedition.” It will also “bring the music industry into a new age; an age where art drives pop, and the artist once again is in control of the ‘icon.'”However, all of this is not entirely original, especially because artist Marina Abramovic will be involved. On July 10, Jay-Z gave a performance art musical piece in collaboration with Abramovic. Here is hoping that Gaga’s will be entirely different.

Her idea to combine a musical album and app together is under debate. Time will tell if it’s just a lot of hype, or if it will turn out out to be yet another app with some nice features on it. What are your feelings regarding this? Will it live up to the description on Gaga’s Facebook page? Do you think it will be awesome or are you apprehensive?

At the moment it seems like most Gaga fans are divided; some think it will be the best thing ever and that Lady G. will own it, as always, while others do not know what to expect. It seems like a lot of fancy words used to hide the fact that it’s simply another app, and apps haven’t proven that useful for the music industry because they are quite expensive to make and do not have that much ROI, (return on investment,) yet. Lady Gaga seems to enjoy copying Jay Z. He just released his Magna Carta … Holy Grail free app on July 4, and numerous other artists, like Björk, The xx, Shinobi Ninja etc, have also released apps previously.

On Lady Gaga’s Facebook page, she mentions that the app/album won’t be released without a bang in the form of an artRave which she will host on November 10. During this rave Lady Gaga will collaborate with the most popular and famous people in art right now, such as Inez&Vinoodh, Robert Wilson, Marina Abramovic and Jeff Koons. The speculation about what this really means will go on until November, however, we might be able to deduce that it will be spectacular and surprising. Gaga usually has some weird tricks up her sleeve which some people will love and others will resent. Either way, she will get attention and some form of a response.

It does seem like Lady Gaga copies Jay-Z quite a bit, because on July 10, Jay-Z was performing “Picasso Baby,” a performance art piece that would last six hours at Pace Gallery. During this performance, Jay-Z was seen rapping with Marina Abramovic, also known as “The grandmother of performance art,” according to complex.com. What Gaga will do with Abramovic and the other artists may will be amazingly strange in a good way whether she raps with them or not. Let’s see where Jay-Z and Gaga are going to bring the music world when art and music collaborate on such a level. Exciting times!