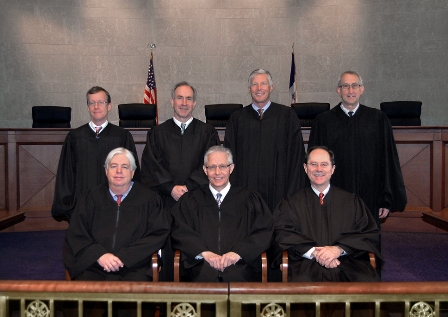 Iowa Supreme Court rules it is legal to fire a woman for being “too attractive.”

Girls born in the 1970’s thought they had it easy. After all, the Women’s Rights Movement was in full swing. Mothers hoisted daughters onto their shoulders and chanted “Women unite! Take back the night!” at marches to protest violence against women and girls.  Ladies defiantly took off their bras, swung them around in the air like lassos, and then flung them with fury into trashcans ablaze with the fires of change. Girls in that era grew up hearing they could do anything a boy could do-and in some cases, do it better. We got the message emblazoned into our brains that a woman’s worth meant so much more than her looks, and that no one should be judged based upon her appearance. Well, forget all that. Burn those concepts like they used to burn their bras. Iowa has decided that if a woman is too pretty, she deserves to be fired.

Dental assistant Melissa Nelson was just going about her daily routine, trying to earn a living like everyone else, fulfilling her duties and maintaining appropriate relationships with her co-workers as well as her boss, dentist James Knight, when she was given the pink slip. Although Nelson had never had any inappropriate contact with Knight and had been employed with his dental practice for over ten years with an excellent track record, she was fired because Knight’s wife was worried the two would begin an affair.

Nelson sued for discrimination and lost. The case then went to the all-male Iowa Supreme Court. The men decided that the case didn’t count as discrimination. The Associated Press explained:

Coming to the same conclusion as it did in December, the all-male court found that bosses can fire employees they see as threats to their marriages, even if the subordinates have not engaged in flirtatious or other inappropriate behavior. The court said such firings do not count as illegal sex discrimination because they are motivated by feelings, not gender.

To try to put this case into perspective, imagine if the roles were reversed, and a female employer fired a male employee because her husband was worried she would start an affair. Now imagine that employee had been with the employer’s company for ten years with a spotless work history. The female employer would be laughed out of court.

This case is a sad and pathetic illustration of “one step forward, two steps back.” That is what has been happening with women’s rights lately. Yes, the saying is reversed, because inevitably, we are returning, as a society, to the days when women were counted only for their looks and not what they could bring to the table as a valued employee. For the Iowa Supreme Court to say this is not a case of sex discrimination is absurd.

Our mothers should have kept their bras and forgotten about trying to make it in a man’s world. If you’re a pretty woman, they’ll fire ya in Iowa. If you’re not a pretty woman, you won’t get hired in the first place, and even when you do find a job, you’ll still be making less than a man for the same amount of work. These are the facts, folks, and apparently there’s nothing we can do about it. Shame on Iowa.

3 Responses to "Pretty Woman? They’ll Fire Ya In Iowa"