Star of David Appears in the Sky 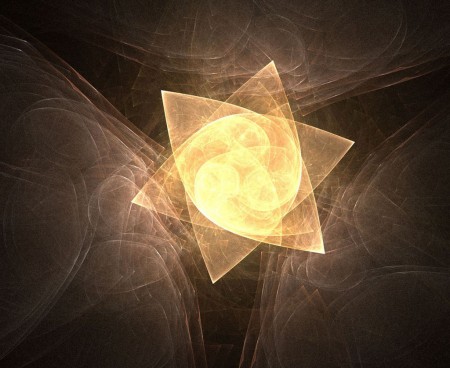 It’s been roughly 2000 years since the fated biblical day when a mysterious star appeared in the sky. The same star that sparked one of the largest religious movements in the world. On Monday, July 29th, a similar spectacular stellar occurrence is happening. A giant, six-pointed star, also known as a Star of David is appearing in the sky in the form of a great planetary alignment.

That’s right, six planets are lining up at exact 60 degree angles to each other, around the Earth, forming a giant six pointed star. Apparently the last time such an formation happened was at the end of World War II. This too is sure to herald great change, of some kind.

What planets are involved? Saturn, Neptune and Jupiter(conjunct Mars) make up one of the triangles, while Pluto, Venus and the moon make up the other. Since the moon transits so quickly, this formation will only be in place for a short seven hour period Monday, July 29th, from roughly 10:30 am Pacific time until about 5:30 pm, though some agree influences will last through Tuesday and into the week.

What does it all mean? No one knows for sure. If you are into astrology, there are all kinds of metaphysical speculations regarding the significance of such a shape in the sky. The upward and downward facing triangles overlapped is a huge symbol in many traditions lending credence to the possibility of something ‘big’ happening in the consciousness of human kind, somewhere similar in magnitude to the coming of the Christ child. I guess we’ll see.

The other speculation is the placement of these planets in regard to the zodiac itself – placing planets in signs of purely water and earth related signs. To those who would perceive the esoteric in all of this, one is encouraged to acknowledge the union between ‘heaven and earth’, the emotions and the physical and the masculine with the feminine.

Planetary influence does occur, whether you are a ‘believer’ or not. How you choose to experience what is being called ‘the Grand Sextile’ in the sky tomorrow, is up to you. Maybe you won’t do anything. Maybe you will choose to sit and feel the potential in the atmosphere. For an event as rare as this, it wouldn’t be totally crazy to go all out, throw beliefs and caution to the wind ‘just in case.’  An actual Star of David is appearing in the sky, what could be more amazing than that?

Some describe this amazing planetary line-up as a ‘vehicle of ascension’, a tool for the evolution of the human race. To the same believers, we each have, what is known as an energetic body vehicle in the same shape as this planet formation surrounding our physical forms.  In our personal stars or ‘Merkaba’s’ we are able to ‘tune into’ other realities, if and when these vehicles are activated.  As describe by Stephanie Azaria in The Cosmic Path – in the words of Tara Faulkner, PhD:

The living reality behind the sacred geometry of the grand sextile is known by many names and descriptions around the world, depending upon one’s cultural vantage point and level of perception. These include: the vehicle of ascension; the vector equilibrium; the double torus; the star of david; the yin/yang duality; the flower of life; the tree of life; the yab/yum; the hieros gamos; the sacred marriage of twin flames; the merkaba; the chariot of the gods; the chariot of fire; and the awakened soul, to name a few.

No matter your perspective, it cannot be denied that the planets do not align in such a way very often.  A Star of David appears in the sky Monday, so if nothing else, watch out for personal transformations.  Be aware of resolutions, new beginnings, the shedding of old paradigms and the culmination of dreams manifesting.  It’s a great time to envision what you would like to happen – with glorious detail – and enable your own power of manifestation by plugging into the ‘cosmic power grid’ at this time.  This could be the moment you’ve been waiting for.

41 Responses to "Star of David Appears in the Sky"