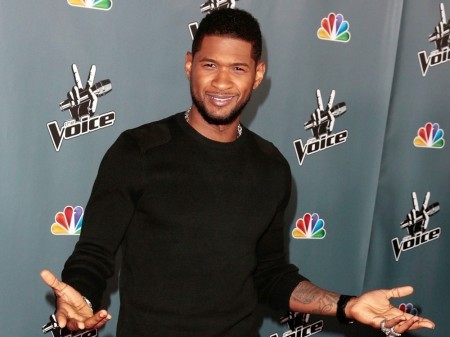 A judge has given Usher’s ex-wife Tameka Foster a date for an emergency custody hearing when she petitioned an Atlanta court after one of her son’s with the singer almost drowned in the swimming poot at Usher’s Georgia home.

A lawyer representing Tameka Foster Raymond filed the request at the Fulton County Superior Court on Tuesday and Judge John J. Goger approved the petition the same day. The hearing has been scheduled for Friday August 9. The custody file maintains that the 5 year-old son of Usher and Tameka “suffered a near-death accident” while left unsupervised in a pool at the award winning singer’s Atlanta home.

Usher’s legal representative has not commented on this newest custody battle. Last year, Usher and Tameka had a protracted and very bitter fight for custody of their two sons, which he won.

The Atlanta Police Department have said Usher Raymond V fell to the bottom of the swimming pool and that he got stuck in the pool’s drain on Monday. The child’s aunt, Rena Oden, and the housekeeper tried unsuccessfully to free him.

Rena Oden then rang 9-1-1 and told the emergency operator, “I need an ambulance. My nephew was in the pool, and I couldn’t get him, I tried to get him. The emergency call recording was released publicly by the police on Tuesday. The two women could not pull the child from the pool.

Two men who were contactors putting sound equipment in Usher’s house came to their aid and got the 5 year-old out of the pool. Eugene Stachurski, one of the soundmen, began CPR on the child.

Oden then informed that 9-1-1 operator that the two men were trying to bring the youngster around. She said, “They’re doing CPR on him now. Is he coming around? He’s breathing!”

When the paramedics arrived at the scene the child was, “conscious, alert and breathing,” according to Atlanta police. Usher Raymond V is currently in the intensive-care unit of an Atlanta hospital while being treated.

Usher Raymond V is one of two sons of Usher and Tameka Raymond, who divorced two years after getting married in 2007. The singer went through a long legal fight with his ex-wife and was awarded primary custody of his two sons last year.

The court document claims that the 34 year-old singer has failed to discuss issues that affect the couple’s children with Tameka Raymond and that he leaves the children with caregivers while his work takes him around the world. Tameka allegedly argues in the document that Usher not performing the parenting himself is what put their son in danger.

Tameka Raymond has stated that it is not in the best interests of their children to have their well being be the responsibility of caregivers. Foster also says in the document that she is capable of caring for the children.

The document also claims that the two boys would rather be with their mother than caregivers.

This near fatal pool accident of the couple’s five year-old son comes after almost a year after Usher’s stepson, 11 year-old Kile Glover died after being injured in a boating accident on Lake Lanier in Georgia.

Usher will find out Friday if his ex-wife’s emergency custody hearing will transfer the responsibility of the couple’s sons to Tameka.