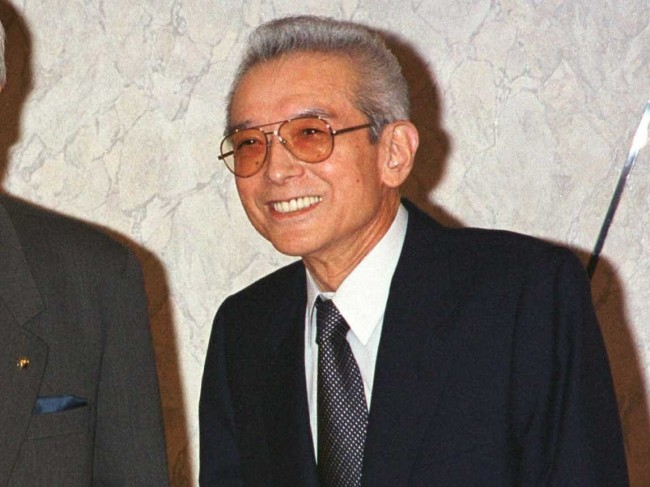 Hiroshi Yamauchi will live in the minds of gamers forever. Joining Nintendo in 1949 Yamauchi saw a company that needed direction to become a global player. He entered the arena of gaming fast and heavy, gathering one of the largest fanbases in history. Sadly, today marks the passing of this mastermind at the age of 85. Yamauchi succumbed to pneumonia at a Japan hospital.

At 22-years of age, Yamauchi joined Nintendo succeeding his grandfather who had passed. He ruled Nintendo with an iron fist, fighting against unions and firing employees who did not agree with the way he ran the operations. Developers would have to seek the sole approval of Yamauchi. An approval, many stated created fear of rejection or being released from their position. Within 10 years of his reign, Yamauchi partnered with Walt Disney to start selling plastic playing cards. While the game was a hit overseas, Americans rejected the idea, sending Yamauchi back to the drawing board.

Looking back over the decades previous to his death at 85, Yamauchi was a struggling entrepreneur. He had created many start-up companies under the Nintendo umbrella, but nothing seemed to stick. It was in the early 60s Yamauchi worked with an engineer, Gunpeo Yokoi to develop the idea of manufacturing toys. Seeing a path of acceptance from consumers, Yamauchi outfitted the new division with Yokoi and another employee. Yokoi grabbed the creator horns by storm and developed fun toys such as light guns and other electric toys. In a consumer market filled with wooden toys, Nintendo easily dominated the toy industry.

The Odyssey, Television and Stealing Sony

Yamauchi  wanted to be the lead of a growing race towards electronics domination. Atari had joined the melee to sell their console with television sets and Nintendo wanted some of the action. Connecting with Magnavox, the two companies collaborated to develop the Odyssey. In developing the console,  Yamauchi needed the talent to create the television.

Seeing the success and technology behind Sharp Electronics, Yamauchi wooed several of the employees to his company and alas the Nintendo Color TV Game 6 was born. Throughout the 60s, 70s and 80s Nintendo dominated the television gaming industry. It was not enough for Yamauchi  who wanted to see a shift of American acceptance for his products. To complete this mission Yamauchi  created a contest among engineering teams and production insight blossomed.

In the 90s, Nintendo became the lead powerhouse of game development and hardware components. The SNES sold out in record numbers and resulted in dozens of consumers camping outside of stores waiting to buy the next one available. Yamauchi had achieved his goal with the SNES; Americans wanted more of Nintendo. When the mid-90s resulted in the release of Donkey Kong Country, sales records for Nintendo exploded.

To keep a fighting chance against mainplayers Sony Playstation and hints of Microsoft Xbox, Yamauchi pushed engineers to deliver. The Nintendo 64 started off roughly as many of the games suffered with poor sales. Due to the heightened levels of hacker security on the device, its sales started plummeting. Yamauchi  later asked developers to redesign the console and its sales boosted for better playing games.

GameCube was introduced as a game only console.  Yamauchi smacked talk against Sony and Microsoft for releasing devices that played DVD’s and CD-ROMs. He wanted the perfect, interactive station for gamers to play just games. The console was priced well below Xbox and PS2, creating a line of consumers wanting the device. Another success for Yamauchi  to tout was the continued success of the GameCube, still owned by millions of consumers.

Retirement Without Pay and Humble Endeavors

Yamauchi ruled with an iron fist that was respected around the globe. When he officially stepped down as President in 2002 and left the board three years he took another stance. Yamauchi declined his pension pay of $14 million and asked Nintendo to use the funds to development and innovation. He did maintain his 10 percent shareholder claim and retired as the 12th richest man in Japan.

He credited his success to his team of creators, workers, designers and to the Wii and Nintendo DS impact. From his riches, Yamauchi donated a over a billion yen to develop a Kyoto based cancer treatment center. In 2009 once the shares and prices drastically dropped for Nintendo, Yamauchi saw a resulted loss of over $20 billion yen.

Yamauchi created a legacy from his strong ability to lead a company that virtually was going nowhere. He also established ownership claims with the Seattle Mariners. In 2004 he sold the team to a Nintendo division marking the Mariner’s as the first baseball team in history to have foreign ownership with Nintendo Corporation.

Today, gamers everywhere will take a moment of silence to remember the mark of the mastermind behind Nintendo, Hiroshami Yamauchi. With a firm hand, entrepreneurial mind and persistence it is he who lead Nintendo through their greatest moments. Rest in peace.