Krokodil, The Drug that Eats You Alive [Graphic Images] 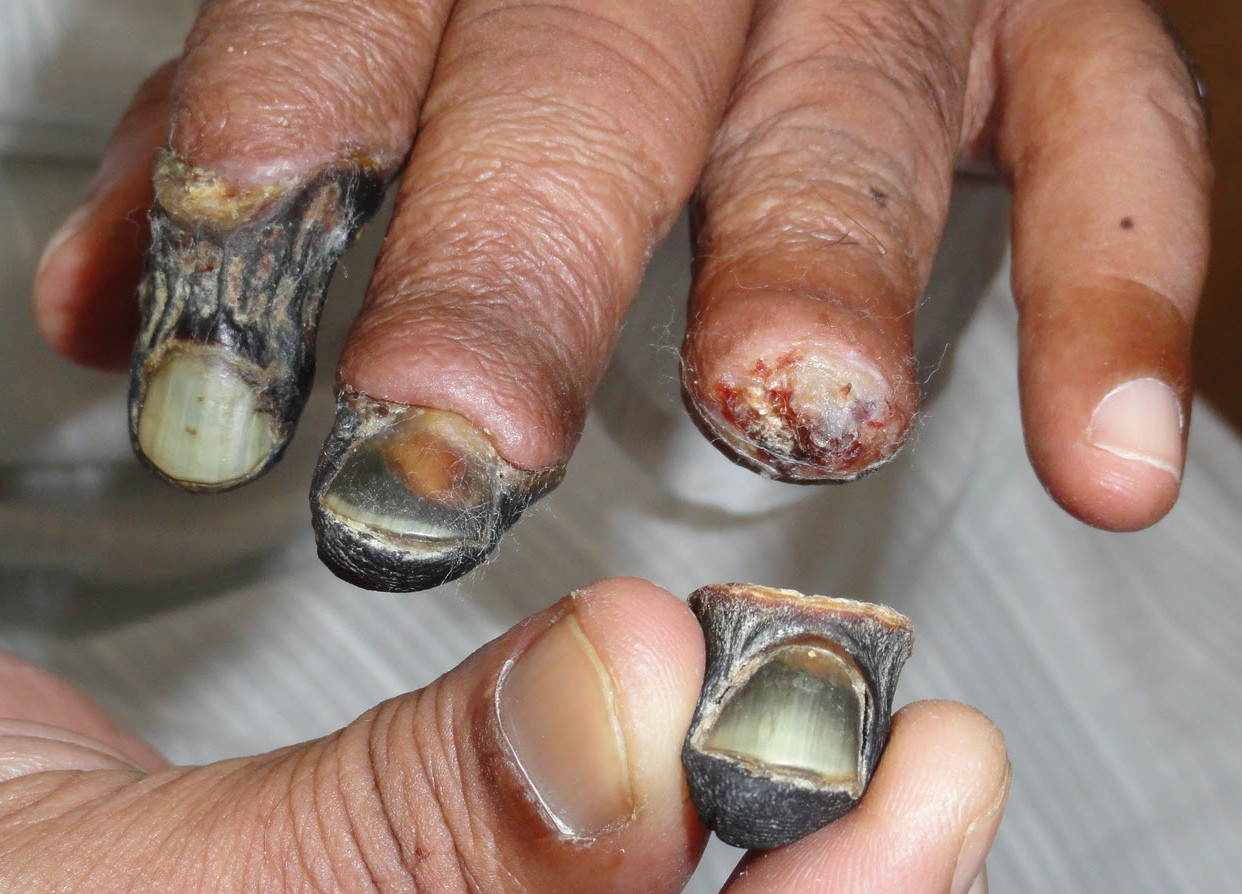 Two people have been hospitalized in the recent week in the Phoenix area displaying symptoms that are consistent with Krokodil, though that remains yet to be confirmed. Krokodil eats the flesh and creates green tinted, scab like crusty sores that bare a resemblance to the skin of a crocodile, giving the drug its name.

Krokodil is a home concocted opiate, crafted with codeine based head ache medications, combined with gasoline, alcohol or paint thinner, and iodine. Desomorphine is the real name for Krokodil and is an opidoid imitation of morphine. The user extracts the drug from the potent combination believing that the oil and gasoline is gone, but remnants of them remain.  “Imagine the great damaged caused by just injecting a little into your veins,” said Dr. LoVecchio, Co-director of the Banner Good Samaritan Poison and Drug information Center.

The high that it gives you is similar to the high you get from heroin, except it lasts, on average, about 90 minutes. The appeal is that it is at least three times less than the cost of heroin and ten times as addictive with an instantaneous high.

You must inject it straight into your blood stream, but, because of the impurities that linger at the injection site, it kills the veins around the area. Dr. LoVecchio claims that the damage to the tissue depends on the frequency of the use and the dosage. Even speech impediments and brain damage have been reported in these cases as well as the flesh deteriorating clear down to the bone.

Treatments available include cleaning the infected tissue and administering antibiotics, but others require skin & muscle grafts. In worse cases amputation is the only way to save the user’s life.  The drug will eat flesh and bones throughout the body, it isn’t limited to the injection site. Usually within 2 years of avidly using the drug, the user will die of massive infection. MedScape reports that the flesh will often times simply fall off leaving behind gaping wounds and exposed bones. “It eats you from the inside out,” Stated Dr. LoVecchio.

The drug was developed in Russia around the year of 2002, but it took only 5 years for the use of the drug to triple. The fear now is that the drug will go main stream. This easy to create little syringe cocktail brings out the curiosity in addicts already hooked on hard time drugs. According to the New York’s Office of Alcoholism and Substance Abuse Services over 1 million people in Russia have or are using Krokodil. The DEA so far has ruled the Arizona cases anecdotal, though other reports of the drug’s use were found in Alabama and Arkansas, although that could not be confirmed. DEA spokes person Rusty Payne says he remains skeptical that the drug has entered the US, stating that he will only be convinced when he see’s it on a lab report.  But, even with Paynes own skepticism Arizona toxicologists at the poison control center remain concerned.

Dr. LoVecchio, who is looking over the cases in Arizona, says these cases are call for some real concern. “We aren’t one hundred percent certain that Krokodil is the cause, we still must run more urine and blood tests,” though if the tests prove that it is Krokodil then the US will have its first official cases and possibility of several more to follow.

“Where there is smoke there is fire,” Dr. LoVecchio said, “The trick now is putting it out before it spreads.” 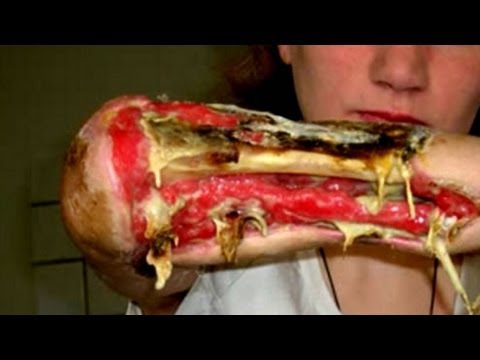 32 thoughts on “Krokodil, The Drug that Eats You Alive [Graphic Images]”

Healthcare Should Be the Most Important Issue in 2024

AOC Exposes Republican Bigotry and of Course Its Hypocrisy

What You Should Know About Democrats and the Economy

Does the Working Class Matter in American Politics?