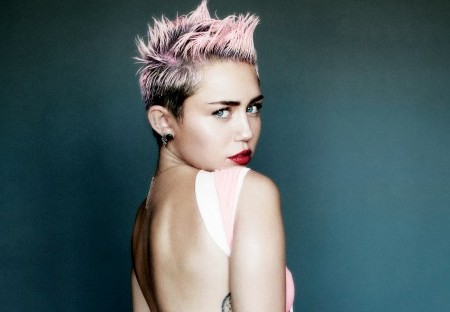 Only yesterday we reported that Liam Hemsworth left Miley Cyrus before she had even put one foot onstage for the MTV VMA’s. We have now found out that Hemsworth dumped the pop star for Mexican actress Eiza Gonzalez.

Both Liam and Miley, through their reps, have verified that their relationship is finished. Sources have said that the engagement was doomed because the Hunger Games star and the Wrecking Ball singer have been living separate lives for some time before the split.  The truth  seems to have little to do with separate lives it sounds more like separate loves might be the problem.

23 year-old Hemsworth popped the question to the 20 year-old Cyrus last year. The two met on the filmset of The Last Song. Ever since Miley said yes and accepted the engagement ring, there have been rumors that all was not well between the two.

Most of the rumors had to do with Mad Men actress January Jones. The 35 year-old “other woman” was said to be spending a lot of time with Liam while his fiancee busily worked the promotion trial for her last two songs, We Can’t Stop and Wrecking Ball.

Miley was also was busy  changing her image.  She told a French television show that she was “sexing-up” her Hannah Montana image. Her music video for We Can’t Stop, was just the beginning . She went on the MTV Music Video Awards and gave one the most “over the top” performances ever aired on the program.

With all the negative press that her lewd and controversial performance garnered Miley, it was reported that Liam was very unhappy and embarrassed by the direction that Miley has gone. Rumors then implied that Liam left Miley after the MTV number. But Liam Hemsworth had already moved his things out of their house before Cyrus got onstage with Robin Thicke and those giant teddies.

It appears that before Miley Cyrus’ performance on the MTV spectacular, Liam dumped her for Eiza González.

The same day that Miley officially announced that she and Liam were over, Liam was spotted in Las Vegas with the 23 year-old Mexican actress and singer Eiza González. Eiza is very popular “south of the border” and she recently did the Spanish language voice of Eep Crood for the Dreamworks production The Croods.

Apparently Eiza was seen coming out of Liam’s abode hours after the official announcement. Leaving the house, the Mexican actress jumped into Liam’s SUV. According to sources, she looked very happy!

Now it looks like all those tales being circulated around Hollywood about January Jones were way off the mark. It looks like January might have been “running interference” for Eiza and Liam allowing the two to meet up romantically while giving Miley the slip.

It also looks like Liam’s mother knows what is happening as well. Apparently the same day that the two new lovebirds were spotted together, Liam was seen taking his mom to dinner. He was in the same clothes that he wore while seen with Eiza. Odds are, he plans to tell his mother about the new romantic arrangement.

So, the sexiest woman in the world, according to Maxim’s Hot 100 list, Miley Cyrus has been dumped by Liam Hemsworth for older woman Eiza González. And Eiza never had to show off her naked body in public to get Hemsworth. Miley should take note for future relationships.