Exercise During Pregnancy Is Good for Baby, Study Says 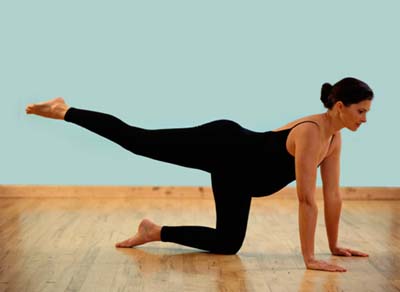 Although exercise during pregnancy can sometimes be controversial, scientists have now revealed yet another reason why it probably very good for your baby:  it can program them for vascular health, even into adulthood.

According to this latest study – which appears in the October 25, 2013 issue of Experimental Physiology – when a mother exercises during the gestational period it actually alters the smooth muscle of the walls of the baby’s arteries in a permanent way.  And, these changes could have huge implications for the lifetime health of the child, they say.

Previous studies dealing with this topic have only looked at the effects on the very young.  This study, however, was the first to examine what the effects would be after reaching adulthood.

The authors of the study – Dr. Sean Newcomer of California State University, and Dr. Bahls of Universitätsmedizin in Greifswald, Germany – say that their work was different from previous work which showed that the endothelium, the singled-celled layer lining blood vessels, was affected by fetal programming.  Instead, they showed that the smooth muscle in the arteries was impacted.

However, their work was not performed in human mothers due to ethical concerns and a lack of time.  There would have been serious questions about its safety for the developing fetuses, they said.  Also, human subjects would have necessitated a much longer study period.  Instead, they opted to used pigs.  Pigs are considered to be a very good model for cardiovascular studies, they said, because they have very human-like responses to physical exercise and can be trained to carry out the needed activities.

To judge the effects of exercise during pregnancy, the pregnant pigs were made to walk on a treadmill for 20-45 minutes per day, five days a week.  This exercise routine was selected because it mimics what the American Congress of Obstetricians and Gynecologists (ACOG) recommends for pregnant humans.  They then assessed the vascular function of the baby pigs’ femoral arteries to see what effect the mothers’ exercise had on them.

Newcomer and Bahls say the type of work they are doing is very important for pregnant women because it helps us understand just how the mother’s exercise affects her baby.  By understanding these effects, doctors can offer women evidence-based guidelines for what type of exercise they should or should not be doing during pregnancy, rather than making recommendations based upon speculation and uncertainty.

Future research will have to examine the effects of frequency, duration, intensity and type of exercise, they said.  It will also need to address the effects on the heart and how changes in vascular function impact risk for disease.

Currently, the ACOG recommends that women get thirty minutes of moderate intensity exercise most days of the week during pregnancy.  However, not all doctors are convinced that this is a good idea for the baby.  The study authors hope that doctors will change their minds as more information about the benefits becomes available.

Exercise During Pregnancy Improves Vascular Function of Offspring into Adulthood

Exercise During Pregnancy and the Postpartum Period – ACOG Recommendations

Swine as Models in Biomedical Research and Toxicology Testing

One Response to "Exercise During Pregnancy Is Good for Baby, Study Says"