Arsenal Open up 7-Point Lead on Rivals After Cardiff Trip 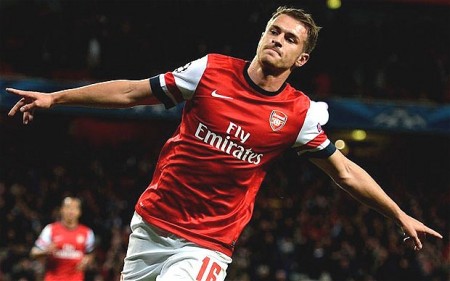 Arsenal FC of London traveled to the Cardiff City Stadium in Cardiff to take on Cardiff City FC Saturday afternoon. The Premier league leaders were on top of the league by 4 points ahead of second placed Liverpool and Chelsea who don’t play until Sunday. The lead has now gone on to 7-points.

The North London club has been in surprisingly scintillating form this season defying all expectations. They have simply played beyond what many people thought they were capable of. The summer arrival of Mesut Ozil has had somewhat of a psychological placebo effect on the club and its players. Ozil’s arrival has given everyone around the club a new outlook.

The club has suffered a long trophy drought and there seems to be renewed hope that it will end this season with the club finally picking up some silverware. They are still in with a chance of winning three trophies.

There was however no slip-ups from Arsenal as they strolled to a convincing 3-0 win in Wales. The man of the match was unarguably Aaron Ramsey who has turned out to be something of an enigma this season. Ramsey scored two beautiful goals against his former club to give Arsenal breathing room at the summit of the league. Mathieu Flamini, a second time gunner, scored in the middle of both Ramsey goals to put the shine on a brilliant display by the North London club.

There was a lovely moment in the match after Ramsey scored his first goal when everyone at the stadium rose in unison to applaud the Welsh prodigy. Out of respect for his old club, Ramsey had refused to celebrate and the fans of his former club dully responded by giving him a standing round of applause to which he responded by doing the Ayatollah (a traditional celebration for Cardiff City Football Club). Ramsey had also earlier teed up Jack Wilshere who saw his shot come back off the post from 20 yards.

Earlier in the match, after numerous attempts to grab the lead, including one where striker Olivier Giroud thought he was offside after being put through on goal, it looked like it would turn out to be a frustrating afternoon for Arsenal fans. Arsenal finally grabbed the lead after a sweet cross from Ozil was headed into the net by Ramsey. Cardiff pushed for an equaliser and were punished with a few minutes on the clock when Flamini added a second and Ramsey then scored his second and Arsenal’s third after being fed in by Theo Walcott.

Arsenal had been largely dismissed as title contenders and so much is the surprise generated by the amazing run the team is on, that even the manager admits his surprise. When asked whether he would have believed his team being in this enviable position at the start of the season, Wenger responded “No I wouldn’t believe it, no. Because you remember that we lost the first game at home against Aston Villa and nobody could imagine the situation today. That’s why as well we have to keep a level of urgency that is good and a level of concentration because things change quickly and you can relax a little bit too much.”

And many Arsenal fans would certainly hope the lead opened up by the gunners at the top of the table lasts till next may.