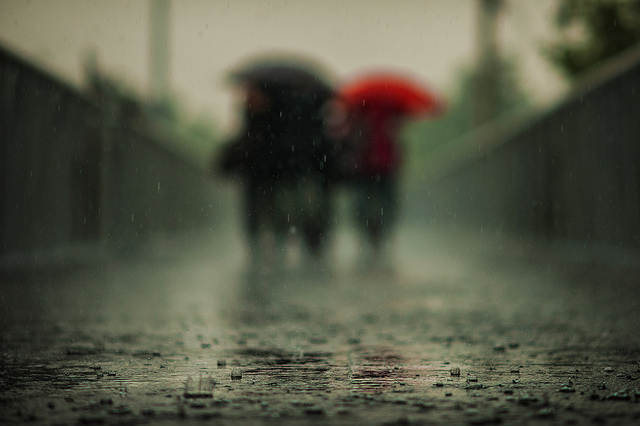 In the wake of devastating supertyphoon Haiyan, China has sent a modest $100,000 worth of aid to the Philippines, and will donate an additional $100,000 through the Chinese Red Cross. The typhoon reached the coast of China as well, but it had lost much of its force by then and resulted in far less devastation.

The United States is providing $20 million in immediate aid, and will also send the aircraft carrier USS George Washington. Japan has promised $10 million in aid and an emergency team of soldiers and medical personnel. Australia offers $9.6 million in aid. Especially when compared to these figures, the contribution by the world’s second-largest economy seems minuscule. The difference in size between these donations highlight diplomatic ties in the region and bring to mind China’s tension with the Philippines over territory disputes in the South China Sea

“The Chinese leadership has missed an opportunity to show its magnanimity,” said City University of Hong Kong political science professor Joseph Cheng. “While still offering aid to the typhoon victims, it certainly reflects the unsatisfactory state of relations.”

China is a growing investor in Southeast Asia but has been pushy in territorial disputes in the South China Sea between them and six other nations: the Philippines, Taiwan, Vietnam, Malaysia, Indonesia, and Brunei. The disputes are based on certain island chains, maritime boundaries, oil and natural gas, fishing rights, and control of shipping lanes. China and other nations are building up their navies in the area and have been venturing further into disputed waters.

The Association of South East Asian Nations, which includes most of the countries involved in the dispute, has been pressing China to hash out a code of conduct in the South China Sea in order to relax the tensions. China’s response following typhoon Haiyan could be seen as a snub to the Philippines.

Qin Gang, Chinese Foreign Ministry Spokesman, did not say why China’s contribution was so low compared to other countries, but said that the possibility of more aid may be considered. Public sentiment in China towards the Philippines is rather sour and commentators argue that China’s rage over the territorial disputes was a factor when scaling the disaster relief so low. Even state-owned Chinese news outlet South China Morning Post sees its country’s response as stingy.

China gave a $1.5 million relief grant to Pakistan following a September earthquake in the Baluchistan province. Pakistan and China currently enjoy a free trade agreement and a high degree of economic cooperation. China donated $1 million in relief to the Philippines after a tropical storm in 2011, before the disputes in the South China Sea began to escalate. Shortly after the 26 December 2004 tsunami in the Indian ocean, China dispatched a cargo plane with supplies and a 35-person medical team to the Indonesia’s Aceh region, but Beijing’s assistance was also seen as insufficient then. China initially pledged $2.6 million in assistance, while Taiwan pledged $5 million–Taiwan later increased this figure to $50 million.

The Philipines already has a very high opinion of the US. According to a global poll by Pew Research, 85% of people in the Philippines have a favorable view of the US, higher than any other country polled (slightly edging out Israel).

In a region with such fierce competition for influence, the people of the Philippines are not likely to forget who was the kindest in their time of need. China sending only $100,000 worth of aid to the Philippines could harm the country’s image.