Rockstar games, the maker of GTA V, have even more rumors circulating this week. This time the rumor mill is talking about the next “Downloadable Content” (DLC) possibly containing casinos. Another rumor was based around their release of their PC version of the popular game, GTA 5. Some rumors even went so far as to speculate what GTA VI may look like.

Rumors of the casino coming in the next DLC came from audio files taken from the last Beach Bum update DLC. The audio files suggested that new activities may just be around the corner as various characters, in the single-player mode, were heard speaking about a new casino coming to the fictional city of Los Santos. Whether real currency for the new casino can be converted online into GTA$ was not apparent.

These in-game characters also referred to a new indoor off-road track and a new version of custom racing. It was also rumored that new camera-based features will be in the next DLC, allowing player to spy on strangers.  This suggests at some new activities in the near future and more secretive missions are on their way. The last DLC brought upgrades to both the GTA V Online and single-player mode. It is not known which mode, or modes, the next update will be for. 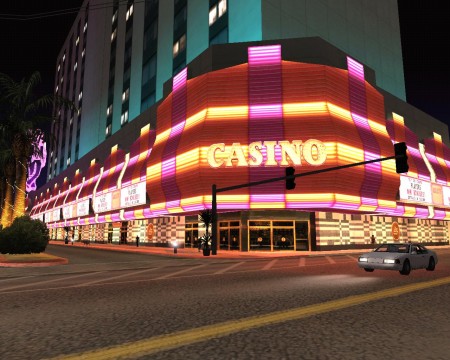 Whether the casinos and other activities will be added in the next DLC is not confirmed, but neither are rumors around the soon to be released PC version of GTA V. Rumors have suggested that GTA V PC will be released as early as the 1st quarter of 2014.

Gaming experts everywhere have been talking about what the PC version release will mean to the just-released console version of GTA V. Many are speculating that big upgrades to the console versions will be released around the same time. Most experts agreed that the release of the PC version will likely include a graphics update for the newly released Xbox One and Playstation 4.

One thing that is confirmed is the fact that the release of the PC version will surely bring some type of upgrade. PC versions often allow greater flexibility for mods, and combined with better graphics suggests that the best GTA version of all time, is just around the corner.

What Rockstar did announce is some teasers around the next version of the world’s best selling game GTA V. Leslie Benzies, producer of Rockstar North, said they have enough ideas to last them for 45 years. Right now the company is focusing on releasing new DLC’s and improving GTA V Online.

Benzies didn’t say what direction GTA VI will take but rumors are that some fans are getting sick of the storyline and lifestyle of the modern day. Some are saying they’d rather see a timeline that takes place in a different era, such as the past. Some gamers don’t mind the modern timelines, but would like to see another city or location. Boston and South America were ideas that were thrown around.

What Rockstar shouldn’t ignore for their next version is what fans have said they have done really well in GTA V. Players seem to like the multiplayer structure that allows them to change from character to character at any time. This seems to make the game more unexpected and more dynamic. Narration was also improved and so did the player’s overall experience.

Whether the new GTA V DLC will include casinos or not are all still rumors that all players will have to wait for. One thing is for sure; all players can look forward to all the upgrades coming from the next DLC, PC version, and GTA VI.