GTA V Has One Fault: It Is Not Very Funny 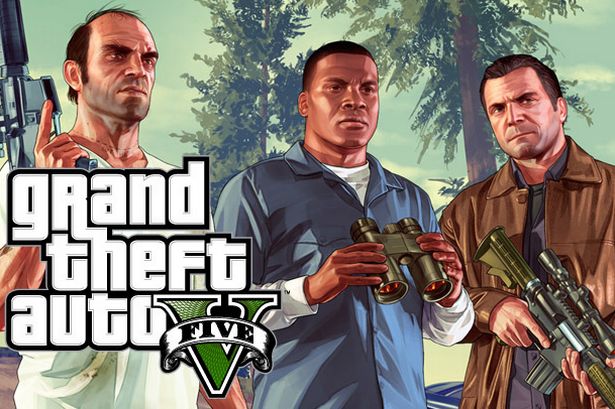 GTA V has many nuances that make it accessible and addictive for its players. As you can probably tell, if you have been paying attention to the game’s sales or to the list of awards it has already won, most of these nuances have been engineered almost perfectly. Unfortunately, one area that the creators of GTA V seem to not be able to tackle with much finesse is comedy; the game just isn’t very funny.

As most people – even if they are not a hard core gamer – know, the game is set in a fictional Los Angeles. Being set in LA, the game makes countless attempts to ridicule the city of angels, which doesn’t sound too difficult. Is there an American city that is more scrutinized and laughed at for its perceived superficiality?

Yet GTA V’s humor is so heavy handed that it always seems to fall clumsily to the floor. The jokes are, predictably, of a crude nature. That is to be expected to accompany a game where the main draw for players is the ability to steal cars, shoot enemies and basically do whatever you can think of. But, the best part of crudeness is often its ability to be quick hitting, requiring the minimum amount of concentration and focus.

Not so in GTA V. The jokes are long winded and often you are left searching for the end.

Perhaps most glaring is the complete lack of originality in the game’s basic set up and view towards the comedic realities of Los Angeles. While the game’s graphics set up a completely new digital reality, the jokes are still trotting over the same one sided stereotypes of Californians that Woody Allen perfected in his 1977 film Annie Hall. That’s right, 1977.

Silly housewives, tanned bimbos, upper level executives who turn out to be wimps, it is all here in GTA V. What is missing is any new kind of cutting edge social commentary on one of the world’s most glamorous, yet most shallow cities.

Clearly much can be made about the humor’s sexist and other inappropriate connotations. But, just on a purely effective level, their portrayal of women and other aspects of society is just plain uninteresting. It is as though there had not been four versions of this game before for the writers to get out of the way all of their earlier fascinations with mocking middle school stereotypes.

One in-game script actually praises the simplicity of laughing at a housewife who is dumb. We can have the debate about whether this is suitable for teenagers, but there should not be any debate that it is not funny for anyone.

Clearly GTA V does not rest its cap on its ability to be funny. One look at its success and it is hard to deny that the game does not do many, many things very well. Players can drive across hours and hours of digital reality all while feeling the very completeness of this reality through switching radio stations, advertisements and so many other accessories it would be impossible to name them all.

GTA V will continue selling and winning awards as it should, just not for humor. GTA V’s jokes leave something to be desired, while its endless possibilities thankfully do not.

17 Responses to "GTA V Has One Fault: It Is Not Very Funny"