How to Slash Your Heart Disease Risk in Half

By Nancy Schimelpfening on November 21, 2013Comments Off on How to Slash Your Heart Disease Risk in Half 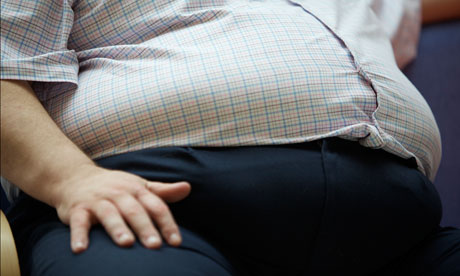 According to a new study, there are certain risk factors which, when kept under control, will slash a person’s risk of heart disease and stroke in half.

The study, which was produced by a collaboration between Harvard School of Public Health (HSPH), the University of Sydney and Imperial College London, found that in obese or overweight patients there were three factors which contributed the most to a person’s risk for developing an obesity-related disease:  blood pressure, blood sugar and cholesterol.

Lead author Goodarz Danaei, an assistant professor of global health at HSPH, says that their results show that these factors are mostly what create the harmful effects of excessive weight; and, if these can be controlled, it would help prevent the diseases that arise from obesity, such as heart disease and stroke.

Obesity has been a rapidly growing problem since the 1980’s, according to the researchers,  and over 1.4 billion adults worldwide are now considered to be either overweight or obese.  Diseases resulting from obesity – such as heart disease and stroke, diabetes and cancer – are a major problem, with an estimated 3.4 million people dying each year as a consequence.

Building upon previous research which indicated that elevated blood pressure, blood sugar and cholesterol all contribute to an increased risk for heart disease and stroke in people with weight issues, the new study pooled together data from 97 different studies from around the globe in order to analyze overall trends.   Altogether, data from 1.8 million study subjects was included in the analysis, which took a look at how these three factors affect the risk for these diseases, both separately and together, and in different geographic locations.

However, controlling the risk factors which result from obesity is only a stopgap measure, according to Majid Ezzati, who is co-author of the study and a professor of global environmental health at Imperial College.   “[W]e need to find creative approaches that can curb and reverse the global obesity epidemic,” Ezzati says.

Losing weight through a healthy diet and exercise is, of course, the best way to reduce your heart disease and stroke risk.  According to the National Heart, Lung and Blood Institute, even a five to ten percent decrease in your weight will help lower your risk of weight-related disease.  However, this new study demonstrates that controlling those risk factors that arise from being overweight can also go a long way in reducing a person’s risk for disease.

The study was published online on November 22, 2013 in the medical journal The Lancet.

Lowering 3 Risk Factors Could Cut Obesity-Related Risk of Heart Disease by More Than Half – EurekaAlert!