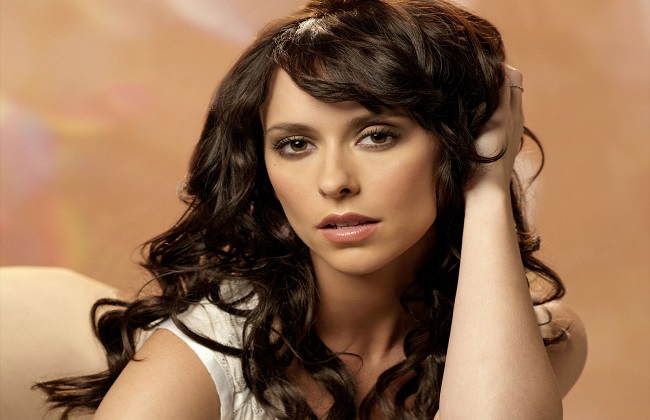 Jennifer Love Hewitt celebrated the birth of her daughter this past Tuesday. Hewitt has also set the marriage rumors to rest confirming that she and her fiancé had a secret wedding. The actress and her husband Brian Hallisay welcomed their daughter, Autumn James Hallisay, to the world on November 26.

The day after the couple announced to the public that they were “expecting;” they announced their engagement. Back in August the couple’s original plans were to wait until their daughter was born to get married.

Hewitt began her acting career when she was just eleven years of age. She appeared as Robin in “Kids Incorporated” from 1990-1991. From there the young actress snagged a role as Wilde’s daughter in the TV movie Running Wilde. That same year she became a part of the TV series “Shaky Ground” as Bernadette Moody.

In 1993, Hewitt was in Little Miss Millions as Heather Lofton and Sister Act 2: Back in the Habit as Margaret. The following year this actress became a part of another TV series called “The Byrds of Paradise.” At only 16 she starred in her own TV series playing Cassidy McKenna in the show “McKenna.” She also obtained the role of Sarah Reeves in the TV series “Party of Five.”

Once this talented actress started, there was no stopping her success. In 1996 Hewitt played in House Arrest as Brooke Figler. The next year she played in Trojan War as Leah Jones and the ever so popular I Know What You Did Last Summer as Julie James.

The year 1998 was a very busy year for 19-year-old Hewitt. She appeared on the TV series “Boy Meets World” as Jennifer Love Fefferman. The actress also played in Can’t Hardly Wait as Amanda Beckett, Telling You as Deb Freidman, Zoomates as Helen’s voice, and the sequel I Still Know What You Did Last Summer.

In 2002 Hewitt obtained roles in The Hunchback of Notre Dame II, The Adventures of Tom Thumb & Thumbelina, The Tuxedo, and Groove Squad.

Throughout the years Hewitt built a strong name for herself and obtained a good acting reputation. She played in other well-known works including Garfield 2, “Hot in Cleveland” and “The Client List.”

The longest TV series Hewitt starred in was “Ghost Whisperer” where she played Melinda Gordon. Melinda’s gift was to see the dead and help them with unfinished business. The tragedy and cliff hangers in this series kept the audience wanting more. The show lasted a remarkable five years.

This 34-year-old actress slowed down even more; once she discovered she was pregnant. Now that she has her own family, she couldn’t be more blessed. Hewitt is married to the love of her life, has a beautiful daughter and is blessed with a successful growing career. Her fans are quite proud of the person she has become. It is not often that child stars grow up with no obvious problems but Hewitt beat the odds.

One Response to "Jennifer Love Hewitt: Married and Gives Birth"