No EMTs onsite or autopsy 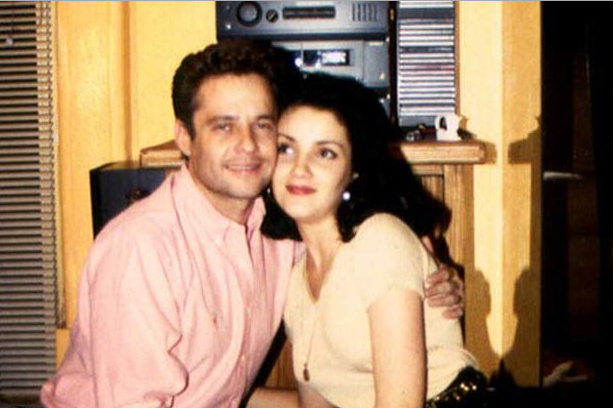 In the ongoing questions and drama surrounding the untimely death of telenovella star Karla Alvarez, conflicting reports now emerge about the actress’ cause of death as well as her funeral arrangements.

Alvarez’s father, Carlos Alvarez spoke with La Reforma by phone and confirmed he did not know any details on his daughter’s cause of death at that time as he did not yet have a death certificate.  Her former husband, actor Alexis Ayala, said he had not spoken or worked with Alvarez for several years but he would “always remember her as a part of my family.”

Mr. Alvarez thanked supporters and fans for their condolences and well wishes, but asked them to “respect my pain.” Alvarez’s family members transported her remains to a funeral home in the wee hours of Saturday morning. Alvarez’s family has asked the manager of the Gayasso funeral home to withhold the location of the chapel where her remains will eventually be cremated.

Alvarez was reportedly found  dead Friday by her maid in her apartment in Mexico City from apparent respiratory failure. An update today confirms the cause of death is cardiopulmonary arrest due to complications from anorexia and bulimia. The Mexico City Attorney General (PGJDF) confirmed these findings but there was no autopsy because Alvarez supposedly died of “natural causes.”

One must wonder how such a conclusion can be drawn without benefit of a thorough investigation, and autopsy, but reports also indicate Alvarez was being treated for the eating disorders.  As her death has been linked to issues from anorexia and bulimia, one must then question just how effective her “treatment” for these issues was, and how long she was under care.

According to Latin Times, no emergency services were summoned when Alvarez was discovered dead in her home in the Fuentes del Predregal neighborhood in Mexico City because a doctor was present and certified her death. The PGJDF also confirmed there is no forensic work scheduled to be done because Alvarez’s death was not the result of a crime.

Blurring the issue, a man named Antonio D’Agostino claims he was with Alvarez when she died and that she did not die from respiratory failure. D’Agostino claims Alvarez choked on a bite of quesadilla and further claimed that he has been married to her since February. Mr. Alvarez and other family members denounce D’Agostino as a “charlatan” and say he is not married to Alvarez.
When pressed on his Facebook page, D’Agostino admitted he was not Alvarez’s husband, but that they were “friends.” Fellow actor Felipe Najera confirmed Alvarez was not married to D’Agostino “but he was her partner…I knew them as a couple.”

Fans and family must be concerned that if he mislead police and the public about the nature of his relationship with Alvarez, what else may be incorrect? D’Agostino’s claim of being present when Alvarez died has not been addressed by police or the PGJDF, and no indication of the precise nature of his relationship to Alvarez is available at this time.

As far as funeral arrangements, there is some conflict as to whether or not Alvarez has already been laid to rest or if her remains are still being held at a funeral home in Felix Cuevas. The exact location for the cremation and the cemetery are being closely guarded at the family’s request.

Throughout her career, Alvarez denied rumors of alcoholism and eating disorders. It appears that at least one of those issues has been confirmed. The telenovella star’s cause of death has now been linked to cardiopulmonary failure due to complications from anorexia and bulimia. There is no firm date and time for Alvarez’s funeral at this time, but it appears she will be cremated in a private ceremony and laid to rest at an undisclosed location.

Cause of Death Update