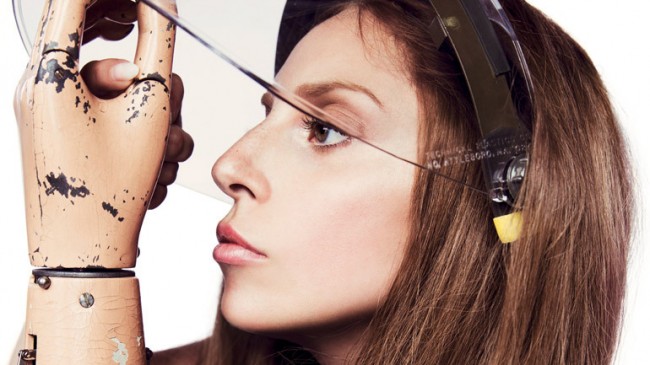 The infamous artist Lady Gaga is aiming for the stars. Yesterday she tweeted simply “#GagaInSpace2015.” She hopes to be the first space musician by performing during a high-tech musical festival. If all goes as planned this performance could certainly be something out of this world.

Lady Gaga will be leaving from New Mexico via shuttle known as the Virgin Galactic. Due to the difference in location it has been stated that Gaga “has to do a month of vocal training because of the atmosphere.” Gaga likely won’t be alone on this trip because she of course needs the help of her glam squad. It has not been announced if they will be joining her but her shuttle is able to hold a total of six people, which is enough for at least a portion of her crew.

It must be recognized that this event could be a dangerous one. No artist has tried this before. The ordinary dangers of performing will be replaced by much different threats and as such it seems Gaga has taken the time to ensure she is protected; she has recently taken out a huge life insurance policy just in case something happens. Being the first to try something new means you could also be the first to be harmed. Gaga will need to take all precautions to guarantee her safety.

Lady Gaga may have some competition here. It seems that she isn’t the only person to buy a ticket into space. Justin Bieber and Beyoncé have also purchased tickets previously. Just one ticket for a ride on the Virgin Galactic costs $250,000. Whoever makes it into space will have a lot on their plate, after gravity drops many experience space sickness from the drastic change that weightlessness brings. Can any of these superstars handle something like that?

It is not known currently what Gaga plans to do costume-wise but she will surly have to be more cautious than ordinarily. The T.S.A. has a list of items that are prohibited for passengers due to safety reasons. Plus, the launch could cause damage if something isn’t properly fastened due to the intense G-forces.

Even if Gaga can successfully get into space and not get sick, there are still more issues to be accounted for. The acoustics in space are not something most are familiar with. Playing in space would be similar to playing on a passenger jet. The background noise is something that would need to be accounted for. The engine and fans and everything keeping the Virgin Galactic moving can hopefully be planned for and not stand as a distraction from the music.

Something like playing music is space is something many have imagined, remember the Daft Punk movie Interstella 5555? If all goes as hoped Lady Gaga could potentially be the first musician to play in space; she would literally be making history. 2015 is still a ways away but it is important to remember that intent is the first step to accomplishing something great.