Nintendo Kills Swapnote With the Removal of SpotPass 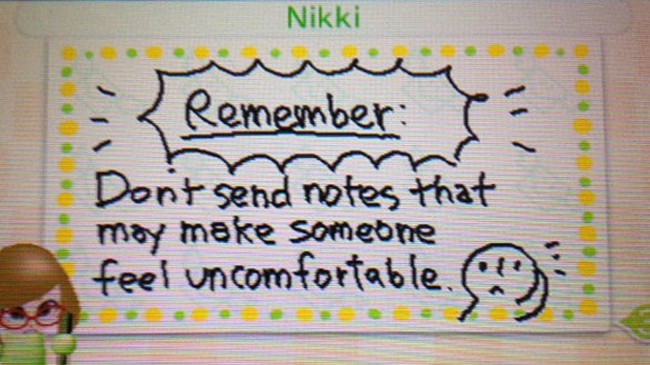 Nintendo has recently “suspended” the use of SpotPass in the free drawing/messaging game Swapnote. Each Nintendo 3DS comes with a number of free games and apps, Swapnote being included. With the removal of the tool that allows you to send notes to far away friends, Nintendo has essentially killed one of the most important features of the game.

SwapNote periodically gives you notes telling you about the features in the game along with unlocking new features as you use it more. The game is a nice addition for those that love to doodle, draw, and leave messages for their friends. After making a note you can send it via StreetPass or SpotPass. If you select the message to be sent via StreetPass each time you pass someone with a Nintendo 3DS and Swapnote they will receive your note. After three days the game will inform you that your note has been active for a number of days and offers you the chance to change that. 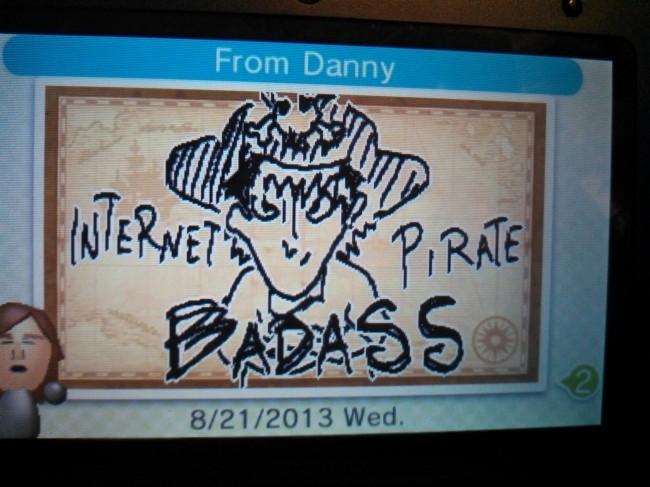 Aside from StreetPass the majority of your notes will be sent directly to your friends via SpotPass. After you draw a note you can choose to send it to a multiple people with SpotPass. If you do, any and all who receive the note can draw a response note that is sent to all in the group.

Nintendo has stated that they are cutting the use of SpotPass from Swapnote do to the feature being used inappropriately. “Nintendo has learned that some consumers, including minors, have been exchanging their friend codes on internet bulletin boards and then using Swapnote (known as Nintendo Letter Box in other regions) to exchange offensive material.” This kind of behavior is unacceptable and is the cause of SpotPass being disabled from Swapnote. Without the ability to send your drawings to friends Nintendo has cut one of the most central tools of the game.

Since the Nintendo 3DS is a portable device its emphasis is on interactivity with other players. The Nintendo 3DS allows you to take your games with you and play with friends on the go or to play mini games with strangers you pass with StreetPass. Having more friends is beneficial to the majority of games on the 3DS and removing the SpotPass feature would hurt any title but few are as heavily reliant on SpotPass as Swapnote.

Swapnote allows players to take pictures with the camera on the Nintendo 3DS and draw on the pictures before being sent. This idea is what caused the real problems. Nintendo could have come up with another solution here, maybe put an age restriction on the SpotPass feature or simply limited the amount of picture notes that can be sent. Either way, Nintendo could have, and still might come up with a solution that doesn’t involve nearly killing their own game.

So far there is no word from Nintendo about plans for SwapNote in the future. The game still works fine but without being able to send notes to anyone one that you are not next to, SwapNote will die a slow and lonely death.

9 Responses to "Nintendo Kills Swapnote With the Removal of SpotPass"