By Cayce Manesiotis on November 18, 20132 Comments 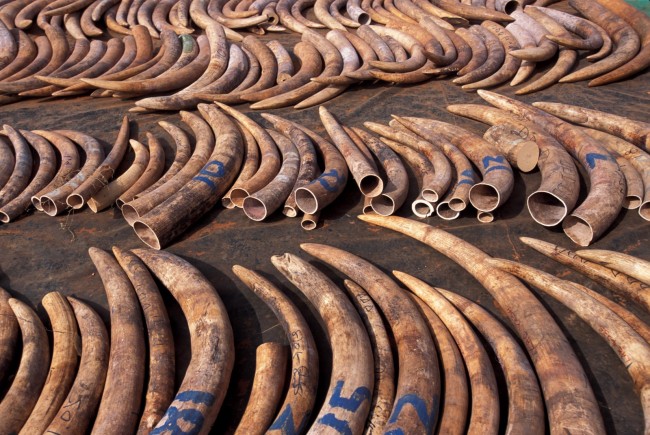 President Obama sent a huge message to the world when he authorized six tons of “blood ivory” to be crushed in Denver by the U.S. Fish and Wildlife Service. Under the current administration, the United States will not support poaching. The pulverized ivory was considered a symbolic action of the new age of conservation.

The U.S. Fish and Wildlife Service hoped the consumers and vendors of ivory received the message. The wildlife repository in Denver housed the stockpile that was seized by U.S. authorities over the course of 25 years. There were raw tusks, ornately etched statues and jewelry.

The U.S. banned ivory in 1989 under the African Conservation Act. At that time, around two thirds of African elephants were wiped out. The Act banned importing and exporting but ivory still was traded. The ivory stockpile in Denver came from U.S. borders and ports.

Wildlife conservationists and animal activities were happy to see the Obama administration promote conservation of wildlife. However, since ivory sales are still permitted within the U.S., there is still more improvement warranted in refining the laws. This may come true since David Hayes, a member of the White House council that monitors the trafficking of wildlife, said “I think that’s going to be a primary focus for the advisory council: enforcement penalties, and what we allow and what we don’t.” While another White House adviser confirmed “the laws need to be changed.”

In July, President Barack Obama made an executive order for federal officers to increase the crackdown on illegal wildlife trafficking. This month, U.S. Secretary of State, John Kerry, offered a reward of one million for information regarding the Xaysavang Network, an organization in Laos heavily involved in smuggling wildlife.

The U.S. is not the only country that permits domestic trade of ivory. China happens to be the largest market. The U.S. falls into second place.

Since the ban on the ivory trade in 1989, elephant populations did better until just last year when it is estimated 35,000 were poached. This was attributed to the growing fashion in China to carry an ivory trinket.

According to intelligence authorities, increased demand for ivory pushed the price so high that illegal items were found to fund terrorist operations. The director of the U.S. Fish and Wildlife Service, Dan Ashe, said “It’s syndicated and sophisticated criminal organizations that are driving the trade.”

The White House is taking conservation of wildlife and ivory trade seriously since rebel groups in Africa are able to fund terrorist operations through the trade. The symbolic message is that the price will drop because all stock is unwanted and destroyed.

Six tons was a symbolic message but it was small compared to what was seized last week in China. In Xiamen, authorities took $99 million worth of ivory. Since that was just one week in China, it is apparent the grand scale of the ivory trade is still large. When Obama’s administration authorized the crushing, it was not only symbolic but also the first time a government challenged the market. Since America is a top target market for ivory sale, conservationists think the gesture will be noticed.