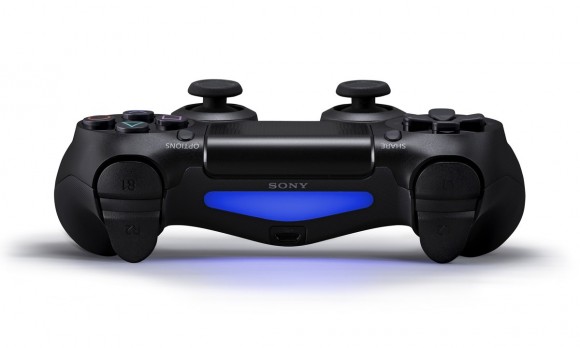 With PlayStation 4 already well surpassing one million units sold, it becomes apparent that custom units down the road will be the key to staggering sales figures on specific dates.  Having been saddled with Xbox devices for longer than I care to mention, I cannot stop imagining what next generation console gaming holds in store for me on the horizon.

The reason I purchased the original Xbox, and subsequently the Xbox 360 years later, was quite simple:  I thoroughly enjoyed playing Halo: Combat Evolved.  The first time I ever played Halo was a unique experience in and of itself, because although the game blew me away, the original Xbox controller was the largest and most poorly designed video game peripheral I could even fathom.  It made even the Nintendo 64 controller look like a stroke of immutable genius.  Then when all seemed hopeless, Microsoft released the Controller Type-S, which functioned in the hands of a normal human being due to a drastic size reduction from the enormous blob of their first controller.  With the new controllers, the original Halo took the console gaming world by storm, and gained legions of fans for the first person shooter genre from all walks of life.

Since the technology was a bit staggered in release times, PlayStation 2 and Xbox did not seem like they were in direct competition with each other.  The people who only seemed to play John Madden Football and Grand Theft Auto seemed happy with the PlayStation 2 and everyone that played Halo: Combat Evolved and Halo 2 were happy with their Xbox.  This was certainly not the case with the Xbox 360 and PlayStation 3, which have been directly compared in many facets.

When I first camped out in front of a Target in cold weather in Columbus, Ohio to buy an Xbox 360, luckily playing Halo on televisions powered by a generator with some other diehards to pass the time, I was pretty confident I had made the correct next generation console decision at the time.  Regardless of when Sony was going to release their next system, I knew it could not possibly have Halo, so that made the decision rather simplistic.  I was also hoping that the Xbox 360 was going to have a version of the fighting game Killer Instinct since Microsoft had purchased Rare, the creators of the game franchise.  But there was not a Killer Instinct game from Rare on the 360, just a terrible version of Perfect Dark that virtually ruined that franchise, but that’s another subject altogether.

So while enjoying my 360 with the iterations of Halo 3 and Halo Reach by Bungie Studios, my only regret in not ever purchasing a PlayStation 3 was the fact that Metal Gear Solid 4 was then and remains exclusive to Sony.  I checked high and low hoping to hear some type of news that an Xbox version would be released, but it is never going to happen.  This stung, because the Metal Gear series is very important to me on many levels and one of my absolute favorite series of games.

But then suddenly the decision of my video gaming future was almost made for me when Bungie handed over the production of all further Halo games to 343 Studios.  What made Halo so special to me was Bungie, just like Metal Gear Solid is so important because of Hideo Kojima.  This meant I was no longer required to own Microsoft Xboxes, although ironically Killer Instinct is now going to be out on Xbox One in time for the launch.  My decision now will not be which system, but which version of the PlayStation 4 I am going to buy.

Bungie has a new franchise coming out in 2014 entitled Destiny, and if they are releasing a special edition of the PlayStation 4 console for the release of that game, I could see no better time than that to buy the system.  If they do not release a special edition for Destiny, and one is released for Metal Gear Solid 5, then I would undoubtedly purchase that version.  Moreover after all of this, I sincerely hope that Metal Gear Solid 4 will be available for download on the PlayStation 4, because after blazing through all of the other games in the series (including the original Metal Gear Solid on Extreme Mode) and making my decision to leave Xboxes behind, I still haven’t played the game!