Steam Machine Will Compete with Xbox One and PlayStation 4 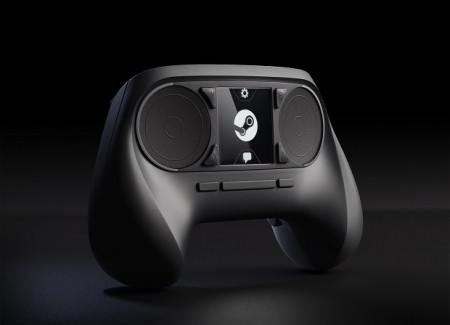 The Steam Machine being developed by Valve software will be a very unique contender entering into the console wars.  Although it will not be fully revealed until CES in this coming January, it will definitely be the kind of console that has often been promised by developers but has not actually seen a shelf release in the public forum.  The way that the program Steam delivers content right now is through streaming based services on various interfaces, and what the Steam Machine will do is stream this content at 1080p and sixty frames per second.  Due to Steam’s extensive catalog and game delivery method, this will make it a very different type of console contender for Microsoft and Sony to deal with.

Valve Software carries tremendous respect with their name in the video game world.  This all began with a game called Half-Life.  Before Half-Life, the first person shooting genre was strictly focused around gameplay itself.  Developers would toss in a storyline about demons or an alien invasion, craft cool and destructive weapons, and let the mayhem and frenzied shooting take over from there.  Half-Life broke away from this trend by taking players on a journey where the decisions made by characters within the game, and their actions, made an actual impact on the in-game world.  Players felt an attachment to the protagonist unlike ever before, and the computer gaming world began to take serious notice of Valve Software.

A trend harkening back to the days of Doom on a large scale, and even in smaller circles beforehand was modifying first person shooting games with custom programming that was distributed freely for other players to enjoy.  The most famous modification of Half-Life, and possibly of any first person shooter in history, was entitled Counterstrike.  Along with another modification going by the name of Team Fortress, Half-Life dominated the world of first person shooters all the way up until the release of Halo on the Xbox and still carries with it a significant following to this day, especially Counterstrike.

This vaulted Valve Software into the limelight and created a prime environment for them to release Half-Life 2 into.  Half-Life 2 is widely considered to be one of the greatest video games of all time, making the top ten lists of various publications around the globe.  The character and plot development was a leap forward for the gaming world, and it catapulted Valve Software into legendary status as a developer.  Shortly after Valve developed a game called Portal, which helped launch the Steam video game on demand downloading and streaming service and propel Valve into a position to be releasing the Steam machine.

Of the many innovations surrounding the hardware of the Steam machine, the controller stands out as something truly unique.  It has the appearance of two flat disc dials that are said to be an adequate replacement for the mouse and keyboard, which is a controller configuration that many diehard computer gamers claim that they will never part with.  Only time will tell how successful a console can perform from a company nowhere near the size of a Sony or a Microsoft, but with a proven track record for excellence, Valve certainly has a fighting chance with the Steam Machine.