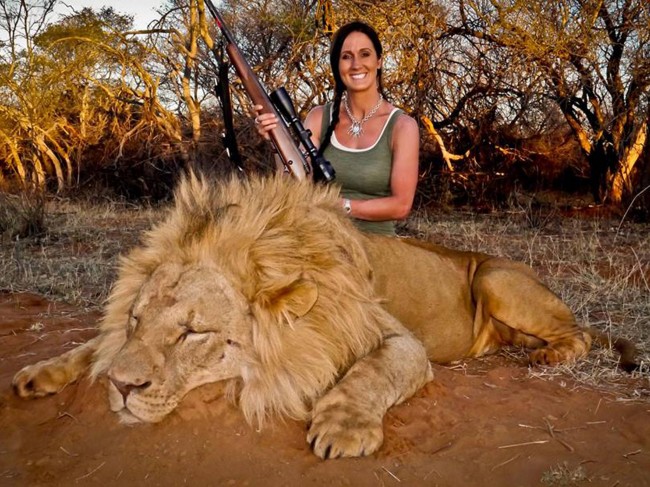 The world angrily lashed out when Melissa Bachman posted a photo online of the dead lion she killed as she smiled and posed next to it. The internet went furious and started sharing the photo of the “leech” so that “nobody forgets her face.” A petition was also launched to ban her from South Africa, the location where she killed the lion.

The days where hunting is considered an applauded sport are gone. Now we have dwindling populations around the world. Sadly, even reserves that claim to have tigers in protection are sometimes found to be controversially without them. Animals are disappearing at a fast rate and attributed to global warming, deforestation and humans. The way things stand now with animal populations, this is the era of conservation and activism, not hunting.

On American TV networks today, Paul Watson is seen ferociously fighting whale and dolphin poachers in the Pacific, National Geographic is constantly traveling to the last remote places left on the planet while just last week the Obama Administration authorized the U.S. Fish and Wildlife Service to crush 6 tons and 25 years worth of confiscated ivory. The public crushing was considered a symbolic message to end the ivory trade. Now, the American TV presenter, Melissa Bachman, posts pictures that gloat her latest kill. It is estimated that only around 15,000 lions are left in the whole of Africa. In response, the world rallied against her.

The outrage Melissa Bachman faces not only includes public shaming in the media but also furious rage against her on social media sites such as Twitter and Facebook. All her social media accounts had to be shut down following the backlash. The lion she hunted in the photo is now being defended by the world and they are pissed she “stalked inside 60-yards on this beautiful male lion – what a hunt!”  The expression marks in the photo’s caption parallel with her gloating smile.

This is not her first back-lashing experience. Melissa Bachman is a longtime hunter and has many photographs of her kills. There is even a “Trophy Room” section on her website featuring more than 60 photos of her dead animals. In 2012, 13,000 people signed a petition to remove her as a contestant on the National Geographic program Ultimate Survival Alaska. The voices were heard and she was removed. 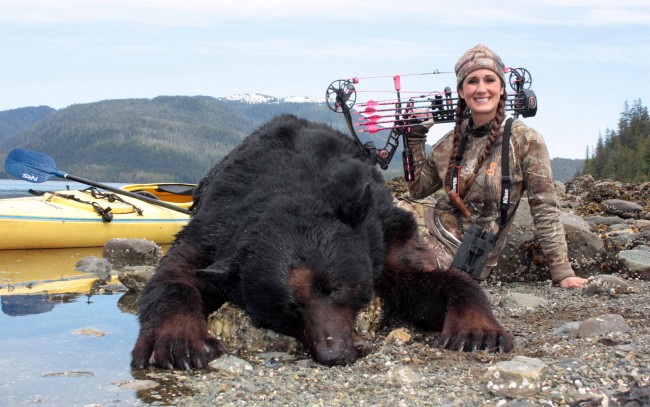 The latest petition, entitled “The Government of the Republic of South Africa: Deny future entry to Melissa Bachman,” was started by Elan Burman from Cape Town.  It has garnered 103,000 supporters all encouraging the government of South Africa to banish her from ever returning.

The anti Melissa Bachman petitioners left comments on the petition such as how she is a contradiction to the conservation of the country, how animals are not trophies and how the animals have no chance against guns.

One signatory, Richard Robinson, pointed out the reality when he said, “you didn’t kill a lion, you stood behind a machine and pulled a little trigger, you pathetic, sad excuse of a human.”

Melissa Bachman may not understand we are in an age of conservation. World outrage might help her grasp that point since statistics on dwindling reserves failed. In the meantime, as media spreads her crime, news outlets warn audiences that the photos of her hunted and dead lion plus other animals might be “distressful” to see. Melissa Bachman, the TV presenter now famous for cruelty, can be accessed on YouTube while her Facebook and Twitter are deactivated. Warning: videos may cause distress to onlookers.