AAP Is the Real Winner in Delhi [Update]

By Iftikhar Tariq Khanzada on December 5, 2013Comments Off on AAP Is the Real Winner in Delhi [Update] 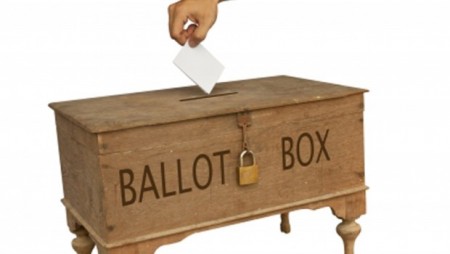 As expected, the Aam Aadmi Party (Common Man’s Party)  proved itself the real winner in the Delhi Assembly polls by winning 16 seats, badly denting the prospects of Congress under the leadership of Sheila Diksit for a fourth consecutive term as chief minister.

According to the unofficial results Bharati Janta Party (Indian Peoples’ Party) has emerged as the winner with 29 seats, followed by Congress with 21 seats and AAP with 16 seats in the 70 seat Delhi Assembly. This has resulted in a hung parliament.

AAP  had promised that it would rid Delhi of the corrupt Congress set-up and the exit-polls show that it fulfilled the promise it made to the people of Delhi. Congress, perhaps aware of the outcome of the present elections ran a lack luster campaign in Delhi. While the BJP employed all its strength to win the Delhi Assembly, but, in the ultimate analysis, the one year old  AAP is the real winner.

Delhi saw a record turnout of 65 percent in the elections for 2013. This unexpectedly large turn-out on Wednesday saw to it that the 15 year long Congress stint in power in the Delhi Assembly comes to an inglorious end.

AAP contested the elections on the single agenda that it will rid Delhi of the corrupt, dirty money and muscle oriented Indian politics. The unofficial results show that it was able to convince the common man enough to oust Congress from power.

In the 2013 elections BJP has won 29 seats, but as it is not able to muster a clear majority. The prospects of a hung parliament are in the offing in the Delhi Assembly. This implies two things, either the AAP and the Congress will form a coalition government or fresh election would be held in the state to come up with a clear winner.

The possibility of a Congress- AAP coalition are thin, though nothing can be said with certainty in politics. Such a coalition would not be possible because AAP won the elections on the promise that it would get rid of the corrupt politicians and it has. Thus, forming a coalition with them would be an insult to the people who voted for AAP . Such a move would discredit the AAP’s leadership and would herald AAP’s death in Indian politics. The other option is that it partners with BJP, but, once again, the above argument holds true in this case as well. The only possibility left is that fresh elections are held in Delhi with the hope that one of these parties,  BJP, Congress or the AAP, emerge as a clear winner.

Congress has lost the elections while BJP, even after attaining 29 seats, is still not in a position to form government in Delhi all  by itself. At present it is the Aam Aadmi Party that holds all the right cards, now it is up to AAP’s leadership how to play them; either cementing its credentials as the real winner in Delhi or in the other case, run the risk of exposing itself as a sham champion of the underdog.