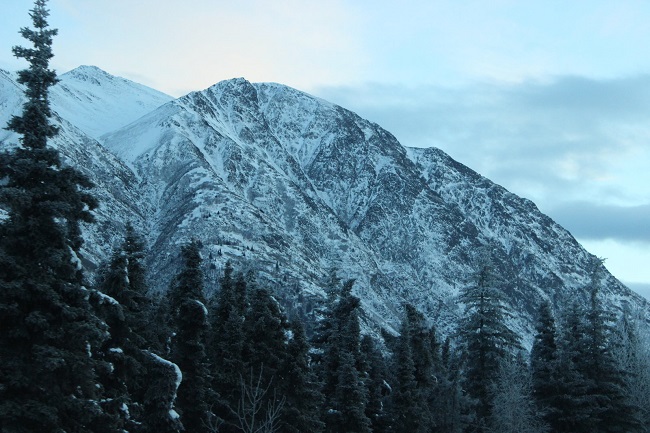 The Alaska mom has been praised for her quick response after her plane crashed in a remote part of the state. Melanie Coffee, 25, was stranded in Saint Marys, Alaska when her plane crashed there. She used her cell phone to alert authorities. Coffee, a resident of Mountain Village, walked nearly a mile toward lights in the village to meet rescuers.

The Hageland Aviation Cessna 208 turboprop left Bethel at 5:40 p.m. on a scheduled flight for Mountain Village and eventually Saint Marys.  The victims of the crash were pilot Terry Hansen, 68, passengers Rose Polty, 57, Richard Polty, 65, and the five-month-old infant, Wyatt Coffee.  Six others were injured.

Emergency responders also credited local residents and health aides with saving passengers’ lives by helping carry the survivors to safety and warmth. The effort of both Alaska Mom, Coffee, and villagers meant comfort to those who were left injured at the crash site, in foggy and freezing weather.

The survivors were evacuated to Anchorage hospitals. Providence Alaska Medical Center reported that five of them were in fair condition Saturday, and the sixth was in serious condition. Thanks to local assistance by Saint Mary villagers and to Coffee herself for meeting townspeople just outside Saint Mary, the injured were able to survive the elements after the plane crash.

Megan Peters, a spokeswoman for the Alaska State Troopers, said the airplane would have been flying in freezing rain with a mile of visibility and a 300-foot ceiling.  Fred Lamont, Jr., a Saint Marys’ police officer said, “She was trying to do CPR to her newborn baby. She called for help.” Coffee, an Alaska native from Mountain Village, was distraught by her inability to save her child.

She suffered chest trauma, and tried to whistle to alert searchers. She also considered starting a fire to get their attention, but eventually decided to start walking toward village lights. A General Communication Incorporated, (GCI), communications tower with a red strobe light led her for less than a mile to the village landfill.  Coffee found helpers from there.

Coffee led searchers back to the crash site, which was inaccessible by snowmobile. Rescuers carried the injured out on stretchers on foot to the landfill where they could be transported by ambulance to the village and then flown out.

Paul Gamet, a paramedic involved in the rescue was impressed by the civilian rescue efforts.  While some carried stretchers, others made a path through the village landfill for rescuers. Gamet was amazed at how the teamwork saved lives and prevented further injury.  With Coffee, and the townspeople’s help this mission was made possible.

National Transportation Safety Board (NTSB) investigator Clint Johnson said the cause of the airplane crash has not been discovered as of yet. “It’s very much in the preliminary stages at this point,” he said.  There was no especial hurry to get out to the crash site, since it was considered too dangerous to fly into on Saturday evening.  NTSB investigators should be there sometime Sunday.