By Daniel Worku on December 10, 2013Comments Off on Bank Regulators Approve Volker Rule 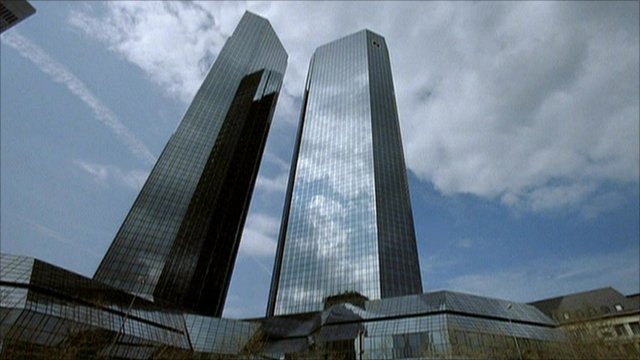 Bank regulators met Tuesday and voted to decide the fate of the Volker Rule. As of the close of the deliberation and voting, the Volker Rule has been approved and is ready to begin its use in an attempt to curb the ills of banking which have wreaked havoc in the financial markets. The latest manifestation of financial woes struck hard in 2008 with the credit crunch, and is still being felt worldwide today. The latest developments regarding the Volker Rule are purported to take aim at actions which banks have previously undertaken which could be main contributing factors to many of today’s financial issues.

It has been more than two years since the bank-related rule was first proposed, and the recent voting on the matter is sure to alleviate building anticipation regarding the issues covered. The Federal Deposit Insurance Corporation (FDIC) and the Board of Governors of the Federal Reserve voted in full support of the rule.

The SEC however, had some dissent, as it approved the rule in a 3-2 vote. The Commision entered their vote by private paper ballot, and the the two votes against the finalized bank-shaping rule, both came from the political right. Michael Piwowar and Daniel Gallagher, Republicans, in explanation of their nay votes cited inadequate economic analysis and the lack of public discussion on some of the provision added to the 2011 version. Piwowar suggested the measure be repurposed, while Gallagher highlighted what he viewed was an “utterly artificial, wholly political year-end deadline” which rushed the voting process. Both Republicans seemed to view the recent events as somewhat insufficient to properly address bank reform and regulation.

Jacob Lew, Treasury Secretary, stated his belief that the newly approved Volker rule would help insure that the probability of another financial crisis of the kind witnessed in 2008 would be significantly reduced. He stated that the new rule will help curb Wall Street and bank behavior which contributed to the recent financial crisis.

The Volker Rule aims primarily to prohibit banking entities from engaging in proprietary trading. Such trading practices entail the buying and selling of securities and contracts to profit from short-term price volatility. These types of practices, while occasionally quite profitable, encourage and reinforce risky business practices which can result in significant losses and instability within the system.

While it may initially appear as though the rule will significantly limit a bank from engaging in any type of proprietary trading whatsoever, there are some exemptions. The final rule makes exceptions for hedging under certain specific circumstances, such as reducing clearly identified and noted risks in a bank’s stated positions. This on its face appears to go against what the rule seemed to stand for. In addition, the rule goes on to make exemptions for certain market making and underwriting activities.

The rule also contains some provisions which a bank might deem a benefit. It has allowed for banks to engage in the trading of sovereign debt, an action banned by the previous version of the rule. The previous rule exempted a bank only to trade in US treasuries, and this apparently drew a large enough international response that the new version has decided to include foreign sovereign debt in the exemption.

The main focus of the new regulation seems to be more aimed at additional oversight and regulation, and less on a total banning of the activities deemed dangerous to the system.

Although the recent actions fall short of identifying the financial woes as stemming from systemic error, bank regulation does appear to have taken a new step forward. The most recent actions show an attempt to strike deeper toward the root of the financial problems which have plagued the system. Only time will tell how long a beleaguered financial system can continue to function, but the latest development attempting to keep the ship afloat is that bank regulators have approved the Volker Rule.