Barnes & Noble: Send in the Crowds 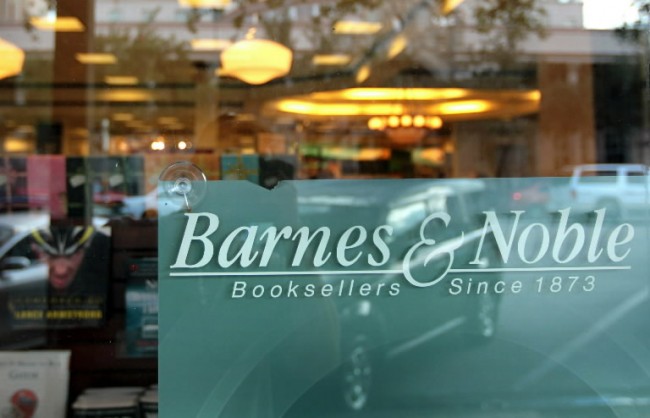 Some years ago in an Ohio town, two bookstores – giants in their industry, Barnes & Noble (BN) and Borders stood face to face on either wing of a large shopping mall where they opened their doors to crowds and more crowds. Starting in the new millennium, Sundays were like old home reunions in either store. So many 50-something Baby Boomers showed up with their kids and their kids’ kids to browse the aisles and buy books, to send gifts or greetings, that one was bound to run into a relative, neighbor, friend, old acquaintance, whatever.  In the post-9/11 world bookstores like BN and Borders became informal meeting places where crowds came and people reconnected and put down a few dollars for the privilege. Books have always been symbols of civilized societies and objects of security, and bookstores did what they could to promote these little islands of comfort in a world that had become very dangerous.

And the competition was on, too. BN and Borders, two heavyweight contenders, stared at one another over an expanse of a parking lot, each watching their opponent, sussing out what the other guy was doing. Borders set up big, comfy chairs in the CD section so people could rest, read and listen to music, BN did the same thing. When BN franchised out some floor space for a Starbucks, Borders did the same with a lesser known though equally tasty barista-type coffee shop. When Borders held book signings, BN held Author’s Nights. For the customers, it just got better and better. The Nineties and the “Aughts” were the Golden Age for bookstores and in this one particular mall, with each customer-friendly innovation, the crowds got bigger and bigger and ….and …. And then not so big.

What happened? BN and Borders were knocking themselves out with promotions and coffee and comfy chairs and eager salespeople who actually knew where to find what was asked for. But the crowds continued to thin. What was happening?

In 2007 and 2008, right around the time this country peered over the edge of total economic collapse, as consumer confidence collapsed and Main Street went begging, BN and Borders did what the rest of retail America did. They perceived a cycle and wrote off the fall-off to the Great Recession. They figured that once the guys in the Bush Administration and the Federal Reserve figured out how to get things moving again, confidence would return and customers would return. After all, that’s how it is with most recessions. Since Joseph told Pharaoh in Egypt, seven years of bounty, seven years of famine, followed by another seven years of bounty and on and on. So, hang on, hold it together; it will get better. And it did, though not much better. The country chugged along, and some shoppers did return to the stores, but never in the same numbers or with the same sense of purpose. Brick and Mortar stores continued to feel the pinch, and in one instance the pinch soon drew blood.

Reports started to leak that Borders was in too much trouble to stay afloat. Turnover at the top can be a leading indicator of systemic trouble and Borders had installed revolving doors on the offices of most of upper management. The crowds continued to thin, the overhead was high and investors were spooked and tight.  There were new hires, new fires, something, anything to help Borders return to those heady days post 9/11 when bookstores offered a sense of comfort, security and continuity. But it was not to be. Borders filed, closed and disappeared. The proud book store that had gone head to head with BN departed the field. Its empty store front became a Dollar Store.

One might think that Barnes & Noble looked on this departure with schadenfreude, the guilty good feelings one feels at another’s misfortune. But Barnes & Noble was neither pleased nor happy nor confident, because BN knew that Borders’s failure had less to do with consumer confidence and thinning crowds than with Amazon’s recent advance in technology. Enter the e-reader. Enter Kindle. Video killed the radio star in 1980, but Kindle killed bookstores in 2011. By 2011 it was clear to anybody tracking the numbers, gathering field reports, reading the finance columns, or just riding the most recent waves of the information-highway-Wi-Fi-phenomena – that virtual books downloaded instantly to an e-reader would soon comprise the personal libraries of former brick-and-mortar-customers.  At the neighborhood cocktail party, conversations would start with: Do you have a Kindle? Do you like it? Can you read it in the sunlight? Do you miss holding a book in your hands? Is it here to stay? At first the responses were a taste more grudging than they are now, but Kindle had made its foothold. Kindle was and is a fact of life.

Barnes & Noble then decided to face off with Amazon. BN hit the market with its own e-reader, the Nook and hoped to show that the Nook, manufactured and distributed by a real book company, was a superior product, the go-to choice in e-readers. But it was too little, for too much, too late. Time passed. Nook did Ok, then not so well, then not so well at all. It was the old beta-VHS war, the old 8 track tape vs. the cassette war, the old CD or vinyl war, the current CD or Wi-Fi war. Technology moved so fast (and continues to do) that it was hard for consumers to keep up, and many waited to see where things would shake out before they put down their dime.

Well, the results are all but in, and Kindle’s won the Kindle-Nook war. It take some time before they make it official, especially since BN is looking for a buyer to purchase the Nook division, but the war is over.

BN took the same steps most companies take when it’s time to keep the stock price up and the shareholders happy. First they tried marketing, pushing their BN Rewards Club cards, expanding their sales shelves, working on product placements for every “romancing-the-vampire” book extant. They cut costs. They “trimmed the fat,” as they like to say in the boardroom, referring to the latest laid off employees as the “fat.” (It begs the question: Then why did you hire “fat” in the first place? Oh, they weren’t “fat” back then? They were valued employees back then. Oh, they only become “fat” to be trimmed when it was time to lay them off?)

Cost cutting worked some and throughout 2012 BN’s stock price remained stable. What the market didn’t know then, but knows now, especially after BN’s stock price fell over 14 percent last week, is that two years ago, from the Barnes & Noble corner office, the CEO said: “Send for numbers-guys” and the Management Team, still worried about the crowds that were going elsewhere if anywhere, called in the A-Team to put a good face on a bad situation. For corporations like BN, the cosmeticians who are briefed to put good faces on bad situations are not the window dressers and regional managers with a flair for product placement. No. The real beauticians, the architects of false fronts designed to beautify the run-down aspects of a flailing company are none other than those left brain, right handed button down accountants, who, in the quiet of their immaculate offices, create, like sonneteers, within the confines of some very strict accounting principles, works of wonder and delight. They can make a bankrupt company look like a Forbes 100 cover story. They can turn imminent disaster into a walk down the red carpet. They can move numbers with a flick of a pencil and leap canyons of debt with a single erasure. They are supermen, more adept than anyone in turning the shareholders’ annual meeting into an all day celebration. They’re the “Pros from Dover,” the “Go-to-Guys,” the “Fixers.”

B&N’s accountants sharpened their pencils and got to work. First they separated out Nook’s sales statements from B&N’s general statements. Unfortunately, for the layman, this sounded a bit like what Enron did in the 90’s. Got a bad debt? Cut it off the healthy trunk and put it in its own room for bad debts. Call it something else. In the world of high financial accounting, appearance is everything. Call this that, and this becomes that. Incredible.

Next they made some “material errors” (B&N’s words) in financial reports for 2011 and 2012. The result was an unwarranted boost in the stock price of approximately 9 percent.

And then, on July 29, 2013, they restated earnings for the prior year, the restatement, itself, being based on the material errors referenced above. Toss in a whistle-blower who told the Securities Exchange Commission (SEC) about some cooked books, and BN was in trouble.

The game they played, the game most beauticians play, is one for time. And as of last week it appears that time is running out. In its most recent quarterly statement, available to all, the quarterly report BN makes to shareholders and which must disclose those activities, developments or events, internally externally, that might have an impact on stick price, BN stated that it was cooperating with the SEC in its investigation into Barnes & Noble’s accounting practices.

The word went forth, and the stock price plummeted.

Barnes & Noble has done most companies will do when faced with threats to its profitability, when people stop coming, when crowds thin. Barnes & Noble tried marketing, cost-cutting and sending in the accountants. Now BN has to send them in again; this time to deal with the SEC.

One Response to "Barnes & Noble: Send in the Crowds"