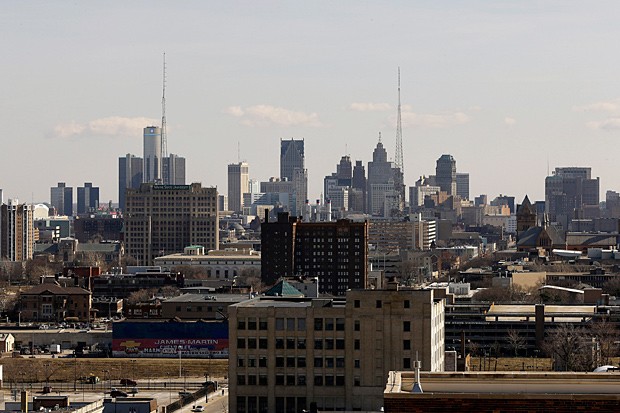 Detroit has now made United States history. They are the largest municipality to file for Chapter 9 bankruptcy ever. A judge has declared that the city does meet specific criteria from a legal standpoint in order to receive protection from creditors.

This historical ruling comes after four months of discussions over what was going to happen to the estimated $18 million in debt and long-term liabilities that have kept Detroit from dealing with crime and poverty conditions in their city.

United States bankruptcy judge, Steven Rhodes, said that it’s an incredible day when a city is allowed to finally pay its debts and get a fresh start. He called it a rare opportunity.

Rhodes said that he will also allow pension cuts in the bankruptcy terms. However, he did put a condition that the entire plan be fair and equally distributed in order for those pension cuts to be put in place.

While issuing his verbal ruling, Rhodes said that there was enough evidence to prove that Detroit was, in fact, insolvent. They were not paying their debts as they were becoming due.

At first, Rhodes admonished the city for what he felt was neglecting opportunity to take the time to negotiate with creditors. He felt that the city did not take advantage of good faith requirements set forth to negotiate with collectors outside of the court room.

Later, however, Rhodes would say that it was impractical to negotiate in good faith.

Detroit now begins undertaking, as a result of the historical decision to file bankruptcy, to restructure their debt and their government operations. There are some cuts expected that will be controversy old. These cuts include the possible sale of the property where the Detroit Institute of Arts is currently located and a major overhaul of the city’s water and sewer services.

The ruling came about after the eligibility for bankruptcy trial was finished on November 8. It was a very exhaustive nine day trial. During the hearing, Rhodes gave unions and other groups the chance to argue against the bankruptcy case.

Some of those that argued against the bankruptcy included county and municipal employees, United Auto Workers, and the American Federation of State. Also arguing against the plan were the cities Public Safety unions, and a committee created to represent retirees.

Retirees and unions objected to the plan and said that the city’s emergency manager Kevyn Orr gave no real effort to negotiate with creditors and also said that the city did not fulfill its obligation to engage in negotiations of “good faith” before the actual filing.

By the time the city of Detroit filed for bankruptcy, the city had been inundated with lawsuits, were facing an ever decreasing cash flow, and were not able to deliver some of their vital services.

Although creditors can appeal the historical decision, legal experts say that most appeals courts are hesitant to overcharge such rulings especially when they are fact-based.

Judge Rhodes issued this historical ruling to allow Detroit to declare bankruptcy after it became clear that negotiations were not going anywhere.

One Response to "Detroit Declares Bankruptcy in Historic Ruling"