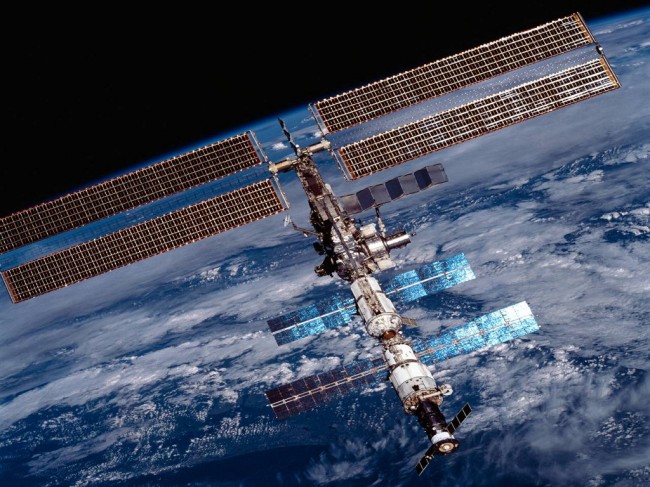 Astronauts aboard the International Space Station (ISS) successfully removed a space station pump on Saturday, housing a faulty valve. The procedure was part of a multi-stage repair plan, required to restore full functionality to a beleaguered cooling line.

Although originally planned to occur in three separate stages, the speed at which the two men performed their duties could mean that only two spacewalks may be necessary to return one of the ISS’s external cooling loops back to normal operation.

However, a problem associated with one of the duo’s spacesuits forced NASA to postpone their next excursion, which was originally slated for Monday, Dec. 23. Following the highly proficient spacewalk, a “spacesuit configuration issue” resulted in Mastracchio’s suit becoming compromised. During repressurization of the ISS’s airlock, the space agency believes that water may have potentially entered the suit’s sublimator.

NASA was quick to stress that the latest problem was unrelated to the spacesuit water leak that befell European Space Agency (ESA) astronaut Luca Parmitano and NASA’s Chris Cassidy, during a previous July spacewalk. When the pair were attempting to replace some of the external hardware of the ISS, Parmitano’s helmet began to steadily fill with water – a fault originally thought to have been caused by a leak through a hole in the astronaut’s ventilation system. It later transpired, according to NASA engineers, that the problem resulted from a contaminated device inside the suit.

The water formed a bubble that reportedly filled Parmitano’s ears and covered much of his face. By the time the Italian astronaut had returned back to the airlock, NASA estimates that one-and-a-half liters of water had entered his helmet.

In a bid to avoid a similar encounter to that experienced by Parmitano, NASA ensured extra safety features were in place for Hopkins and Mastracchio. According to the Associated Press, the spacewalkers were provided with snorkels and water-absorbent pads inside their spacesuits.

Meanwhile, NASA’s coverage of Tuesday’s spacewalk is set to commence at 6:15 a.m. EST, with the spacewalk scheduled for 7:10 a.m.

During Saturday’s spacewalk, Mastracchio and Hopkins removed a degraded pump module that was associated with Loop A, belonging to the station’s “… external Active Thermal Control System.” The pump module originally encountered a problem on Dec. 11 when an internal valve became lodged in an incorrect position. As a consequence, the temperatures in the station’s cooling lines plummeted, forcing NASA to temporarily disable a number of nonessential systems and science experiments.

The ISS possesses two cooling loops – Loop A and Loop B – both of which work in tandem to keep the station’s equipment operating at the correct temperature. With Loop A having been shutdown, Loop B took on the brunt of the work. To ensure Loop B was not overburdened, however, some of the equipment in the Harmony module, Columbus European Lab and Kibo module have been shutdown. Critical systems remain operational, meanwhile, including the life support system and storage freezers.

Hopkins exited from the Quest airlock and positioned himself at the Starboard 1 truss segment. His spacewalk partner, on the other hand, was affixed to a foot restraint of the space station’s 57-foot robotic arm, enabling Flight Engineer Koichi Wakata to move Mastracchio over to the worksite.

Mastracchio – a veteran spacewalker, with almost 44 hours of spacewalking experience to his name – unhooked all of the ammonia fluid and electrical lines on the pump. Disconnecting four ammonia fluid lines from the pump module, the duo then attached them to a pump module jumper box. A thermal cover was installed over the fluid lines and the pump module jumper, before they set about completing the next phase of the repair – a step that was originally planned for the second spacewalk.

Mastracchio and Hopkins removed the degraded pump module from the truss and attached it to a stowage location on the Mobile Base System of the ISS.

All the while, the two astronauts – members of Expedition 38 – were guided by NASA astronauts Doug Wheelock and Tracy Caldwell-Dyson in Mission Control, who had previously replaced the ammonia pump during three spacewalks in Aug., 2010.

Although NASA requested the pair continue onward to gain an even greater head start on the repairs, Mastracchio decided to end the spacewalk, after the experiencing discomfort that was related to the cold temperature.

If all goes according to plan during the second spacewalk, NASA officials believe a third outing along the ISS may not be necessary.