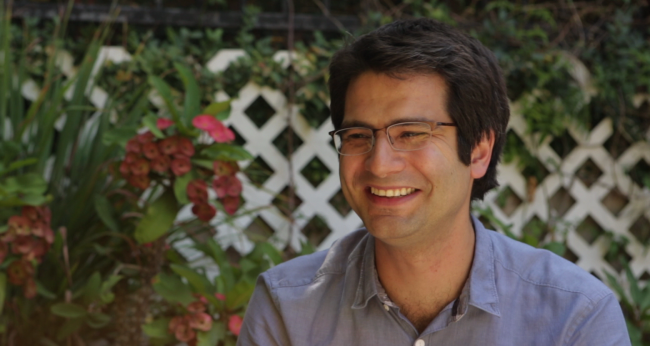 Ned Vizzini, the highly praised author who wrote novels for young adults as well as TV shows and movies, fell victim to depression and committed suicide in New York yesterday.  He was 32.

Vizzini’s father, James, confirmed that the cause of death was suicide.  His brother, Daniel, reported that Ned Vizzini had leaped from the roof of his parent’s building.  Autopsy results found that Vizzini had suffered blunt force impact injuries that were consistent with falling.  According to his brother, Vizzini’s depression had “taken a turn for the worse” during the past few weeks.

When Vizzini was 15, he wrote articles about teenage life which helped to jump start his career.  As his writing work continued, Vizzini’s deadpan and clever prose while dealing with themes such as depression and teenage anxiety gave teenagers a voice.

His semi-autobiographical 2006 novel, It’s Kind of a Funny Story,  about a teen suffering from depression who enters a mental institution, was adapted into a film starring Keir Gilchrist, Emma Roberts and Zach Galifianakis in 2010.  The book, which chronicles five days that Vizzini spent in a Brooklyn psychiatric ward in 2004, was very well-received by critics.

In that same year, Vizzini published Be More Chill, his first novel.  Also well-received critically, the novel focuses on an insecure high schooler who swallows a supercomputer that is the size of a pill.  Following the success of Be More Chill, Vizzini received a contract for two more novels, but as he began to have problems writing, he became more and more despondent.  When he remembered to take his antidepressant, he received some measure of relief. As reported in the New York Times, whenever he failed to take his medication, he stopped sleeping and eating and began to consider suicide. One late night, these thoughts led him to the New York Methodist Hospital’s emergency room.

In an interview given while in the hospital, Vizzini credits counseling, therapeutic activities, management of medication, and support and care from the staff and his fellow patients with helping him to cope with depression and keeping him from being another victim of suicide.  After leaving the hospital, the novel with which he had been struggling turned into It’s Kind of a Funny Story.

Ned Vizzini was born in Manhattan on April 4, 1981.  Although his real name was Edison Price Vizzini, he legally changed his name to his nickname, “Ned.”  After his family relocated to Brooklyn, Vizzini attended Stuyvesant High School, which is known for its competitiveness.  At Stuyvesant, Vizzini began reading New York Press, a weekly newspaper.  By age 15, he was writing about teenage life for the publication.

His essay Teen Angst?  Nah!, which was written to ease the minds of teens in subjects such as drinking and sex, was published in The Times Magazine just two years later.  Two years after that, while attending Hunter College, Vizzini published Teen Angst?  Naaah…, a collection of his work.

His last novel, The Other Normals, was published in 2012.

Director Chris Columbus, who directed the Harry Potter movies, hand-picked Vizzini to write the middle-grade fantasy series House of Secrets with him.  After meeting in Los Angeles, the two men published the first book in what was meant to be a trilogy this year.  The second, House of Secrets:  Battle of the Beast, is set for release on March 25.

Among the TV shows for which Vizzini wrote is ABC’s The Last Resort, MTV’s Teen Wolf, and the upcoming NBC show Believe.  He also wrote for The Los Angeles Times and The New Yorker among others.

Ned Vizzini leaves behind a wife and son as well as his father, mother, brother and sister as he becomes another tragic victim who commits suicide due to depression.

6 Responses to "Ned Vizzini Commits Suicide, Another Victim of Depression"