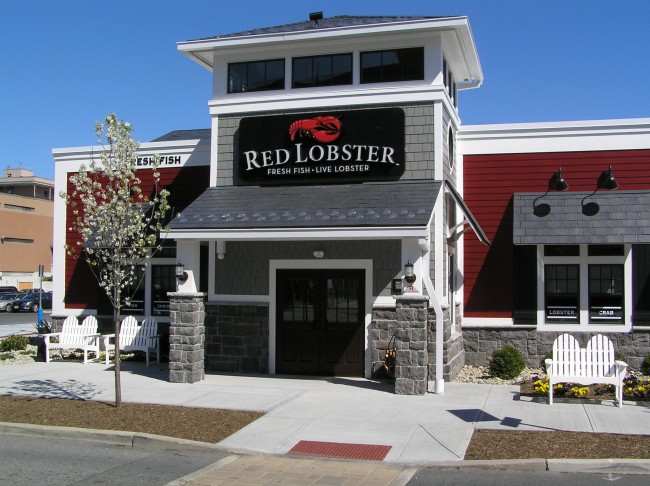 Red Lobster denies that it’s possibly closing its doors for good and a company spokesman has gone on record as saying that bad journalism is responsible for the rampant speculation of closure that has plagued the seafood restaurant’s parent company, Darden. In an interview published in the Orlando Sentinel, company spokesperson Rich Jeffers seemed to indicate that bad journalists were to blame for the swirling rumors. “You had a couple outlets where clearly folks weren’t practicing good journalism,” he said, “and no one called to verify if what they read in LA Weekly was accurate.” However, Red Lobster whines frequently whenever newspapers say anything about the chain that doesn’t fall in line with Darden’s official propaganda.

The LA Weekly originally reported on the news that Red Lobster had announced it may be sold or spun off, and after what can only be assumed to be an unhappy letter from Darden, placed an editor’s note at the bottom of the original article saying that Red Lobster has “no immediate plans” to close. Journalist Samantha Bonar, who wrote the original LA Weekly piece, has taken some heat from nasty readers in the comments section saying her article was inaccurate. In fact, there was absolutely nothing inaccurate in Bonar’s article whatsoever; she was simply reporting on speculation that arose after the news of the possible impending sale or spin-off of Red Lobster.

Red Lobster denies closing and whines that bad journalism caused the rumors that have sprung up saying that it may, but that does not, in and of itself, mean that the speculation about what might happen after the possible sale or spin-off takes place isn’t real. Any company announcing the same news would face the same speculation. That kind of musing is entirely natural and normal. After all, no one can predict exactly what may happen after the place is sold or if a new spin-off brand pops up.

A scenario could possibly occur that Red Lobster would spin off a cheaper seafood “fast food” chain. If that chain sold similar fare as the sit-down Red Lobster, it’s entirely possible, maybe even probable, that the sit down Red Lobster locations could face an even steeper nose-dive in profits than the drastic loss they’ve already suffered. If the chain is sold, what guarantee would there be that the new owners wouldn’t change Red Lobster to an entirely different restaurant altogether?

Since it is impossible to accurately predict exactly what would happen if the company’s own admitted expectations come true, it’s equally impossible to quell public speculation about the brand’s future. Guardian Liberty Voice received our own unhappy letter from Darden asking us to “correct” the information in our previous article about the growing rumors and chatter surrounding the chain’s plans. They directed us to their official statement, which reads, in part:

Although no final decision has been made on the form of the separation, the Company expects to execute a tax-free spin-off of Red Lobster to its shareholders, but may also consider a sale of the Red Lobster business.

Officially, the company has no immediate plans to close, yet this news from the official statement has made the public speculate that it very well could. Usually, when a company is sold, upper management always says there will be “no immediate changes,” but that sometimes turns out to be a bunch of spin control and hot air. It may mean that Red Lobster could be sold to a buyer who intends to keep the brand exactly the way it is, and run it right into the ground via bad management. It’s also very possible that the buyer will change the restaurant into a totally different brand. A quick Google search reveals that most companies that are sold don’t remain exactly the same and many change completely or go out of business entirely. It doesn’t take a PhD in business to know that a company getting sold often means bad news for fans of that company.

Red Lobster denies possibly closing and whines that bad journalism caused the rumors, but it’s not bad journalism that started the speculation, it’s the common sense of consumers. Officially, Red Lobster has no immediate plans to close its doors, but that doesn’t mean journalists should stop reporting on public sentiment. Furthermore, Darden would do well to focus on improving the food sold in its restaurants instead of trying to push around journalists. If that were the case, the public would be better served.