By Kimberly Ruble on December 6, 20132 Comments 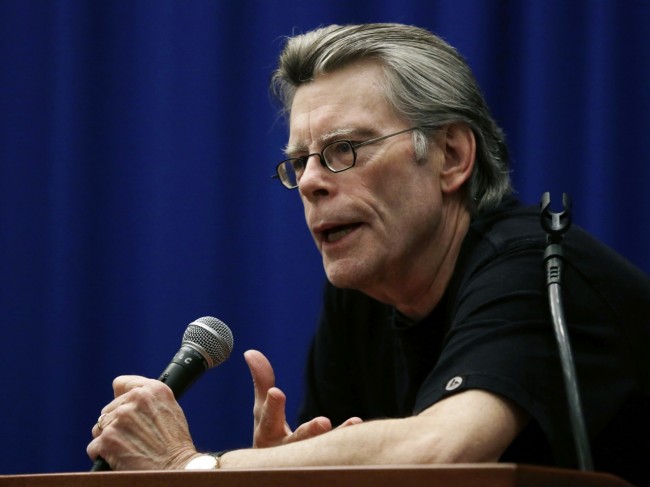 Writer Stephen King has finally launched a Twitter account. He decided on Friday that he would get on the social media site and give it a try. However, do not expect to be reading a lot of tweets from him.

Numerous messages that were on his Facebook page and also up on his personal website stated that the writer had wanted the Twitter name @StephenKingAuthor, but apparently that was too long for him to use. One of his assistants, Marsha DeFilippo, was able to confirm that King’s account was the real thing and stated it was his publisher, Scribner, who had wanted him to sign up on Twitter.

The horror author seemed to have quite a few fans there and had over 55,000 followers in just over three hours, but he stated he could not figure out anything to write about. Fans were warned that he definitely preferred books over the social site and it was unlikely he would tweet very much. Within another half hour, he was up to over 60,000 followers. At the present time, he is at 81,655 but that will be going up by the minute.

The 66-year-old best-selling writer had long enjoyed e-book sales and various other digital revolutions but he had stood firm against Twitter until the present.

King put out his very first tweet and it was rather bland, “My first tweet. No longer a virgin. Be gentle.” It was retweeted over 2,100 times in just a matter of a couple of minutes.

He wrote again about two hours later. His second one was just as flat. It read: “On Twitter at last, and can’t think of a thing to say. Some writer I turned out to be.”

If anyone believes that after launching a Twitter account that King has finally learned how to write short pieces, they will surely be disappointed.

Because he is known for his very thick novels, but now that he has joined Twitter, and he is only allowed to type 140 characters, but like was said above, he does not plan to send out many tweets very often.

His many admirers, fans and sudden followers were quick to give the horror writer all types of Twitter media advice. One person told him to tweet about what he had dined on at his most previous meal. Another one told him to attempt to be a comedian because just about everyone else attempted to go down that route. Everyone that is a King fan should know that the author is not one to follow the path of “what everyone else does”.

It appears that on the social site, King appeared to show some loyalty toward his family by the tweets he decided to follow. He chose to follow Tabitha King, who is his wife and also his son, who pens by the name of Joe Hill. He is also following the Rev. Naomi King, his daughter, who is a Unitarian teacher.

Besides his family, he also chose to follow the TV drama Sons of Anarchy, the writer Margaret Atwood and also The New Yorker.