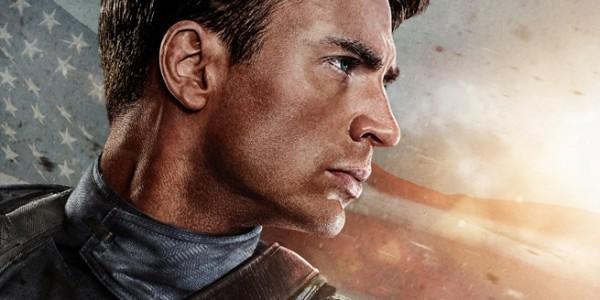 The next film to open in the Marvel Cinematic Universe is Captain America: The Winter Soldier on April 4th this year. According to Variety, Marvel loves the upcoming sequel so much, based on test screenings, that they want directors Joe and Anthony Russo to return for a third go around – the first new film of all the preexisting properties to be taking shape.

Negotiations have yet to begin and traditionally will not until after The Winter Soldier releases; but if it does well, expect to see an announcement of a third film later this year. Though there has been no word yet, the Thor franchise, its first and second films all released just before the Captain America properties, should also see itself rounding out a trilogy. This, in large part, is due to its box office success and the cliffhanger ending which saw the popular Loki sitting on the throne of Asgard.

After next year’s Age of Ultron, actor Chris Evans has two pictures left on his contract, which will most likely see him portraying the Captain in the aforementioned sequel and The Avengers 3. Evans joins Robert Downey Jr., whose last portrayal as Iron Man is also contracted to be the third film in the Avengers franchise. The Marvel properties in 2018 have the biggest question marks surrounding them.

Other than a Captain America 3 film, other properties potentially taking shape are Doctor Strange and Black Panther. Last year in October Marvel president Kevin Feige said Black Panther is “absolutely in development,” and crucial to have, considering its rich back story and the fact that Vibranium, which plays a role in Black Panther, has already been introduced to the Marvel Universe. In regards to Doctor Strange, Feige said the team is “figuring out how to make it a great movie” and it is in “active development.”

As far as Captain America: The Winter Soldier is concerned, the political thriller will see Steve Rogers struggling to adapt to contemporary society. Joined by Black Widow, the Captain confronts his best friend, Bucky, now an antagonistic assassin known as the titular Winter Soldier. This sequel is expected to be a more grounded and intimate property, especially compared to the fantastical elements of Thor and the larger-than-life Iron Man films.

The Marvel Cinematic Universe will then continue with the space adventure Guardians of the Galaxy later this year on August 1, followed by The Avengers: Age of Ultron next summer on May 1 and lastly Ant-Man, which was moved to Batman vs. Superman’s previous date of July 17, 2015.

Marvel has also set dates for future films on May 6 and July 8 in 2016, along with May 5, 2017. After this afternoon’s scoop of Captain America 3 taking shape, expect it to open in 2017, unless Marvel decides to reverse tradition and release it in 2016 before Thor 3. However, neither film has yet to be announced. Newer properties will be announced later this year at San Diego Comic Con.