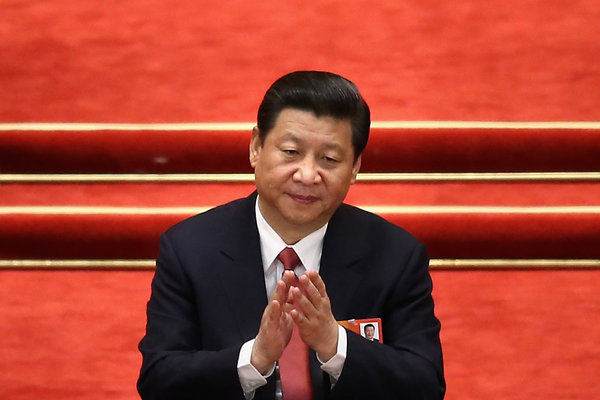 A detailed report, alleging that members of the China elite, and many of its political leaders, hide their wealth in secret tax havens was released just hours before human rights activist, Xu Zhiyong went on trial last week. But this did not help Xu Zhiyong, whose New Citizens Movement has been campaigning to end corruption in China. On Sunday, the 40-year-old lawyer and social activist was sentenced to four years in jail. About 20 others associated with the movement are also in detention or jail.

Xu Zhiyong had been charged with “gathering a crowd to disturb public order” after organizing street protests. Accusations from supporters are that he was denied the right to a fair trial because witnesses were not allowed to give evidence for the defense case. Diplomats were also banned from attending the trial.

Critics of China’s government maintain that the report, based on a cache of more than 2.5 million leaked documents, adds credence to Xu Zhiyong ‘s activities. In an attempt to stamp out corruption, for the past ten years he has peacefully campaigned for officials in the government regime to disclose their official assets. He launched the New Citizens Movement in May 2012, and it had already attracted about 5,000 supporters.

In China, officials do not have to disclose assets belonging to them, so they are able operate in secret and in this way avoid paying taxes. It has been reported that as much as $1 to $4 trillion of assets have been moved out of China and cannot be traced.

The report on offshore holdings, compiled by a team from the ICIJ – The International Consortium of Investigative Journalists – that is based in Washington, shows that “close relatives” of top leaders in China use covert companies and foreign bank accounts to own property, fine art, yachts and other elite assets. Close on 22,000 “tax haven clients” that are based in China or Hong Kong are identified in the report. They include some of the most powerful people in China, including National People’s Congress members, and at least 15 who are amongst the richest men and women living in mainland China or Hong Kong. The Caribbean British Virgin Islands is identified as the destination of choice for offshore dealings.

Files in possession of the ICIJ include details of various China elite and a number of family members linked to political leaders or former politicians. All are reputed to have taken steps to hide their wealth in some sort of secret tax havens. One that is cited is Excellence Effort Property Development, a company dealing in real estate that has direct links with relatives of China’s current President Xi Jinping and Wen Jiabao, the former premier. The company is shown as being owned by the president’s brother-in-law and companies in the British Virgin Islands that were set up by the former premier’s son and son-in-law. Others named include the president’s brother-in-law, wealthy businessman Deng Jiagui; former prime minister, Li Peng’s daughter, Li Xiaolin; and reformist leader Deng Xiaoping’s son-in-law, Wu Jianchang.

The report states that many well-paid middlemen, including bankers and accountants, help their offshore clients hide their identity as well as their business interests. Much of this information comes from files leaked from Portcullis TrustNet in Singapore, and Commonwealth Trust Limited in the British Virgin Islands. Middleman are said to work for a number of Western banks and related firms. These include UBS, Deutsche Bank, and PricewaterhouseCoopers. Credit Suisse in Switzerland is named as the institution that helped the son of Wen Jiabao set up his British Virgin Island company when his father was still premier.

A political scientist who is based at California’s Claremont McKenna College, Minxin Pei, maintains that the offshore wealth of the China elite “may not be strictly illegal.” In fact these companies may have “legitimate business purposes.” However, there is no transparency, which is how the system can be used to amass wealth through “illegal means,” leading to a corrupt system.

The wealth gap in China has continued to widen, in spite of the fact that when Xi Jinping became president last year he vowed that he would stamp out corruption. He also undertook to boost judicial fairness and “respect the Constitution.” Instead he has clamped down on any form of opposition to the government, international news reports say. According to a Chinese social rights activist, Wen Yunchao, who is currently enrolled at Columbia University, at least 160 Chinese activists have been arrested since Xi Jinping came to power. This represents a “sweeping crackdown” on dissidents, he says.

The new president has also censored media in China and has done all it can to block reports about the offshore holdings. The Guardian newspaper claimed last week that their online articles about the offshore holdings reported on by the ICIJ had been blocked in China. Other media websites that had been temporarily blocked belonged to the Spanish El Pais, the French Le Monde, German Süddeutsche Zeitung, Australian Global Mail, and Canadian CBS News. It said that the Bloomberg and New York Times websites had already been blocked in China for two years, ever since they published articles relating to the wealth of certain individuals related to Chinese leaders and the well established elite. New visas for journalists wishing to represent the two papers in China had also been refused.

Government officials in Beijing have dismissed the lengthy ICIJ report claiming it was “unconvincing.” A spokesman for the foreign ministry said it led them to “suspect the intentions behind” the report. However there is evidence that “ICIJ” was blocked as a search keyword on the Free Weibo site that people often use to search websites that have been censored in China. An order issued by the Chinese government was published by a website known to monitor censorship instructions. The instruction was to “immediately find and remove” the report that been published on China’s Secret Offshore Tax Havens as well as any Internet content that might be related to it. This would apply to anything about the China elite or political leaders aiming to hide their wealth offshore. It stated that any accusations and related images must also be deleted.