By Alexandria Ingham on January 11, 20143 Comments 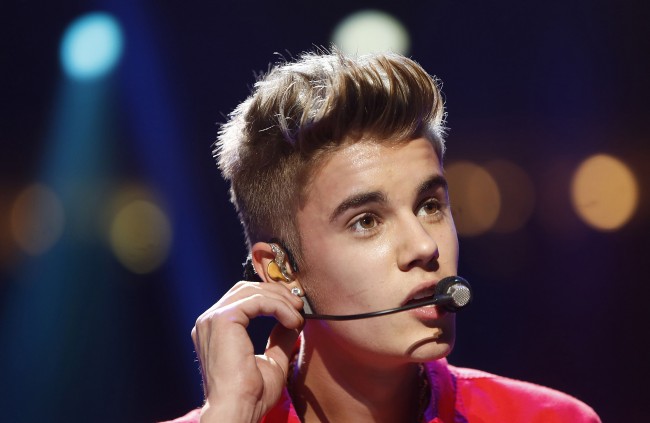 The neighbors of Justin Bieber have been victims of an egg throwing attack. According to authorities, the Canadian pop star is suspected in the attack.

Two people were in the house at the time of the attack. One was the owner and the other his 13-year-old daughter, who was terrified by the incident. According to the man, the event was entirely unprovoked. Authorities still have no idea what the reason could be for the attack, allegedly launched by Bieber, but there have been confrontations between the two neighbors in the past.

Most of the evidence is based on word of mouth, except one video that was shot by the neighbor. The man explained to the police that he saw the Baby singer, and what ensued was a confrontation. While the video has been submitted as evidence, it is difficult to make out the definitive identity of the person. Investigators have it and, reportedly, will use it to determine whether Bieber will be arrested.

The video shows the neighbor telling a man on the lawn that he sees him. A voice then calls back saying “I got another one for you, actually” before the assailant begins throwing more eggs at the house. The confrontation ends with the neighbor telling his terrified daughter to call the police. The call was made at about 7:40 pm on Friday night. By the time the officers reached the scene, there was nobody at the house.

Did Bieber throw the eggs at his neighbor’s house? At the moment, he is simply a suspect in the case, and has not been pulled in for questioning. All the evidence is still with investigators, and only they can decide whether there is enough to officially charge Bieber with vandalism. According to police, the charge could be misdemeanor vandalism.

The neighbor reported to TMZ that about 20 eggs were pelted at his house. He currently estimates the damage to be around $400. Photos of the aftermath of the incident show the windows and driveway covered in smashed egg. There is no evidence of anything on the property being broken. If the damage is around the $400 mark, the misdemeanor could become a felony.

Bieber has recently been on a downward spiral after a series of incidents. One of those has gotten him in trouble with the Brazilian authorities when he decided to tag a Rio de Janeiro wall. He was also recently spotted with Kelly Osbourne giving her lessons on spray painting and graffiti. Osbourne posted photos on Instagram to show the work, and shared how talented she believed Bieber to be.

Bieber’s rep shared at the end of 2013 that he would be taking some time out from music. It came after the singer made a joke about retiring. The 19-year-old singer had previously been releasing a new single every Monday, which was named #MusicMondays, showing off his new, sultry, R&B sound.

The case with his neighbor is ongoing. Investigators continue to run through the evidence, but have named Bieber as an official suspect in the egg throwing incident due to the statement from the neighbor.